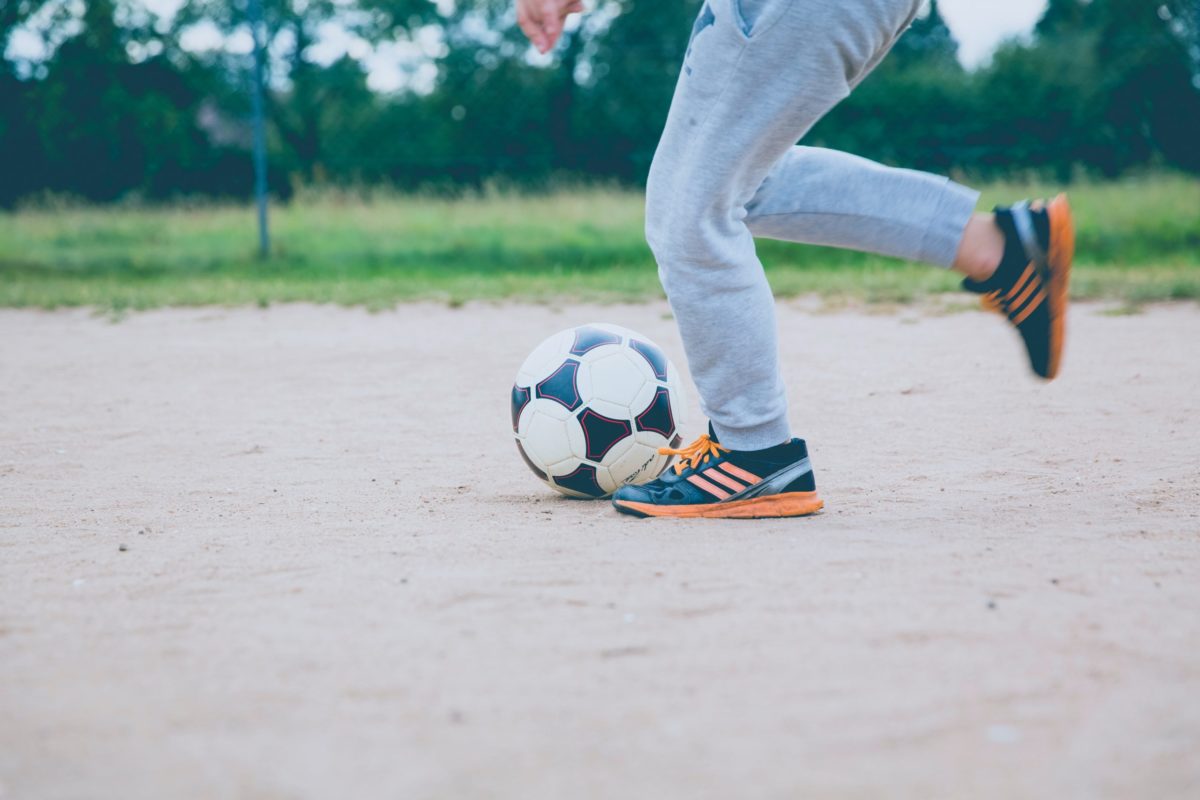 Mommy’s boy? Or just a strong mother-son bond? We look at the complexities of the mother-son relationship.

The mother-son relationship is a very special one,  provided it is healthy and there is no over-attachment. So, can a boy’s attachment to his mother become a problem? What brings about the psychological dynamic of the proverbial “mommy’s boy”? Experts and moms of sons share their opinion on the complexities of mother-son relationships.

Justine Evans is a Cape Town-based clinical psychologist. She says that when deciding if a mother and son are overly attached, you need to ask who believes that the relationship is a problem. “There are instances where boys are labelled mommy’s boys by people who are uncomfortable with them displaying sensitivity, neediness and cautiousness. Likewise, when somebody doesn’t like a boy seeking out his mother for comfort and safety. This can be a prejudice rather than a true reflection of a difficulty in a boy’s relationship with his mother.”

Cathy Rundle is mother to Jade, 8 and Niall, 14. Although now remarried, she was a single mother for most of her son’s early years. “I think a mommy’s boy is a son like mine,” she says. “I run after him often – just can’t help myself. And his stepdad, my husband, agrees that, at times, this is the case. In our household, he is often referred to as the ‘little prince’.” For Cathy, her relationship with her son is not a problem. She views a mommy’s boy as a child who is very close to his mother. But she admits that she raises him differently from her daughter. “With her, I have more boundaries and perhaps less patience.”

The moment of separation

What are the signs that a child is overly attached to his mother? Evans points out that an enmeshed mother-son relationship often presents with a child struggling to function adequately in the mother’s absence. “Most young children become upset at the moment of separation from their moms, but they can be distracted and quickly settled into activities and interactions with their peers and auxiliary caregivers, such as teachers and babysitters.”

However, for a child who is overly dependent on his mother, the time apart and even the prospect of being apart, can cause anxiety. These children tend to have fewer friendships and engage in more limited activities than their peers. They may also experience more symptoms of feeling physically unwell and may sleep poorly. “Importantly, these children are often exquisitely sensitive and attuned to their mother’s feelings. And, therefore, partly unable to separate from her because of that concern,” says Evans. This is when a mother-son relationship becomes problematic.

Carron Cale teaches Grade R at Bishops, an independent single-sex school for boys. She has also taught at several co-educational schools. She says that an overprotective mother can take away her son’s sense of self-belief and security. In an educational setting, such a child may find it hard to work independently, try out new skills and take risks. Like Evans, Cale also mentions the struggle these boys might have in establishing a network of friends. The “physicality” of a boisterous boys’ school environment could feel overwhelming.

Of course, it’s all a matter of developmental appropriateness. Evans explains that, at certain stages, it is normal and necessary for children to be dependent on whoever their main caregiver. This is certainly true in infancy and can last until preschool, depending on the child’s temperament. Despite all we know about the dangers of gender stereotyping, the attitude that boys need to “tough it out” prevails. This applies even when boys are still babies, or are intrinsically shy and sensitive.

Paradoxically, “these attitudes can contribute towards creating an anxious mother-son attachment,” says Evans. A mother may withhold closeness to prevent dependency on her and subsequent “softening” of her son. This, in turn, may make it more difficult for him to feel safe enough to venture away from her.

Cale warns against pushing a boy too hard to struggle through tasks that leave him feeling out of his depth and on edge, without the reassurance of a loving mothering presence. He may go overboard to prove himself, relying on excessive force to get his own way or showing off to get attention. 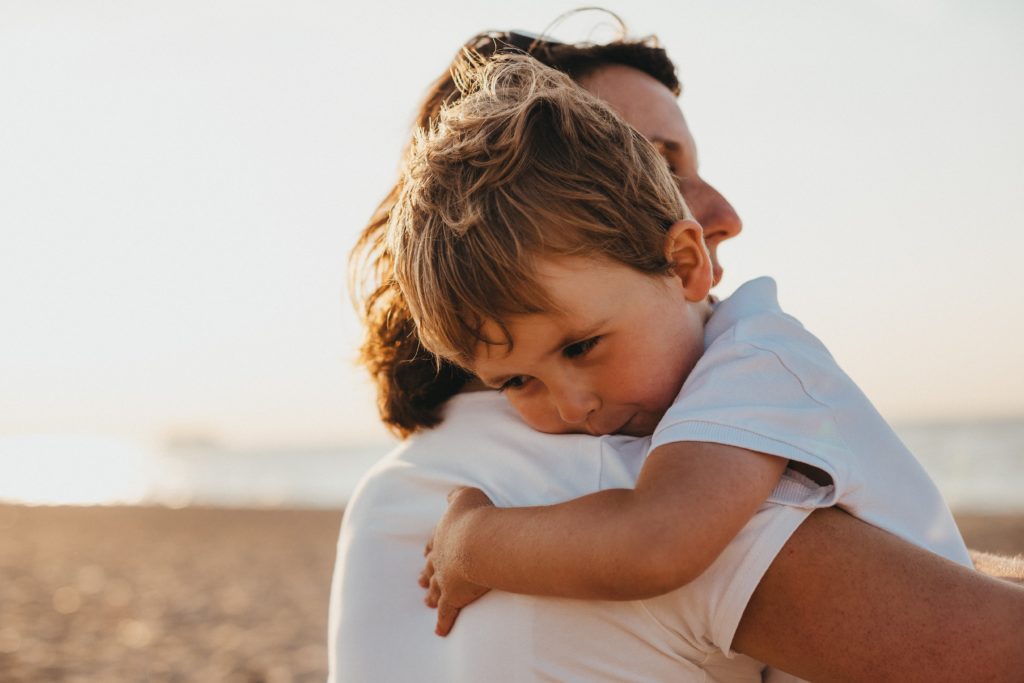 Evans explains that overattachment between parent and child could indicate a difficulty in the parental relationship, where closeness with a child compensates for distance and a “cooling” with the adult partner. Alternatively, in instances of trauma or family crisis, overattachment may be a temporary, but healthy, response to threatened security. But, a very common cause of this kind of dynamic comes about when the mom communicates, knowingly or not, anxiety about separation and her son’s ability to be safe without her. “For these mothers,” says Evans, “their personal wellbeing is very finely interwoven with their child’s wellbeing. They need to be at hand to protect him from any adversity.”

In the educational setting, Cale notes that mothers who allow their sons to experience negative feelings such as failure or sadness, even among their peers, without immediately coming to their rescue, demonstrate a confidence in their child’s ability to go it alone. She notes that this is not specifically a gender issue, but can happen with daughters as well. It has more to do with the mother’s feelings of vulnerability evoked by a young child’s helplessness and dependency on her, and how much the mother trusts herself with these feelings. “Children need to gain confidence in their ability to manage increasingly without their parents’ constant presence. And, they need to be confident in their parents’ ability to manage their own wellbeing.”

Letting a young one loose in the world is  difficult. To watch your child experience adversity can be very painful. Perhaps one of the arts of parenthood is knowing when to help and when to step back.

Carron Cale advises that you spend time with your young son in the company of his friends to observe their play. “Play is highly purposeful,” she says. “Boys reveal so much about themselves in these interactions.” You’ll be able to see how your child is feeling about himself, how he communicates with others and what interests him. If the situation demands it, you need to step in and take charge. This will teach your son how to stick to his own moral code if he sees you voicing your concerns, whatever the circumstances.

Baby boys – and girls – need to be held, hugged, touched, kissed, spoken to, rocked, comforted and gazed at by their mothers. Moms, or their equivalent, are absolutely central to a baby, as he learns about trusting himself through a trusting relationship.

Jade Paterson, a Joburg-based counselling psychologist, says that if your little boy wants to be close to you, allow it. Conversely, when he wants to explore the world, remember that he is not rejecting you. It merely means that he has been able to get what he needs from you to be able to separate. He will, however, need to come back for “refuelling”. Allow him to move between closeness and separation without hampering his confidence, making him feel guilty or dismissing his need for closeness.

Mom needs to adjust to her new status of second fiddle to dad or a close male role model. As her son begins to explore the complex terrain of male identity, she needs to assess when to be more or
less available.

Dad and mom are now both relegated to second fiddle, as peers and male role models outside of the family become more popular. However, both parents need to be a united force, helping to create safe boundaries within which their adolescent son can explore the world.

How a Young Girl Brings Hope to Children in Isolation

WHEN TO TAKE YOUR DAUGHTER TO THE GYNAECOLOGIST