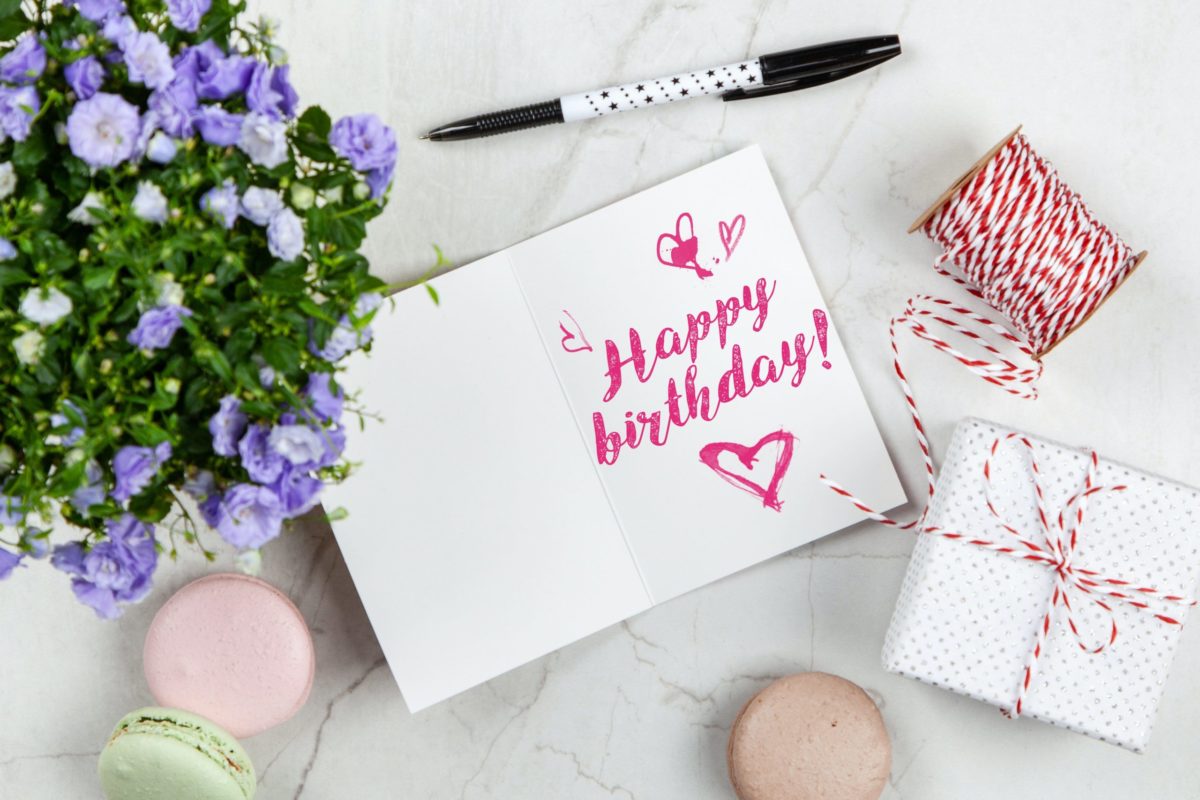 Tried and tested party ideas to celebrate your child’s birthday in style.

To host a successful birthday celebration for your child, start thinking of party ideas well in advance.

Many say that the simplest parties are often the ones where the best time was had, so though you may feel the pressure to produce the goods on the day, you don’t need to break the bank to do so. Half the battle is won with a good, solid party theme and a little imagination. Cape Town-based working mother of three and part-time caterer, Taryn Copeman advises, “Plan ahead, pick a theme and stick to it without overdoing it. For instance, if you’ve decided on a Cars theme you can use red, black and white checks for décor, and maybe buy just one or two more expensive Disney-themed items to pull it together. Bake your own cake, if you can, as it makes it more personal, otherwise order well ahead of time.”

Angie Cameron from Durban and mom to three-year-old Mackenzie, says the planning tends to become quite involved, so she starts organising her ideas in advance and keeps an eye out for odds and ends when she’s at the shops. “I find the process enjoyable probably because I keep the end goal in mind – to have fun and be happy. For this I know I don’t have to go to great expense, so I don’t put pressure on myself. I’m hoping to keep my parties homemade, so my sister and I, for one, put a lot of energy into planning the cake.”

For another Durban mother, Catherine Jenkin, mom to three-and-a-half-year-old Cam, parties are strictly a family affair. “We keep it small, and stick to Cam’s immediate family and closest friends.”

Here are some party ideas through the ages…

The One Year Old

Their first birthday is a real milestone, but remember it’s more of a celebration for the parent.

You therefore don’t need to invite 15 one year old’s, as Taryn informs me she did for her son Casey’s first birthday. As long as you’re within sight of your birthday girl or boy and the party falls in line with their sleep routine, it will be a success. Nancy Cockcroft from Cape Town kept the focus on one-year-old Georgina with a sweet gesture. She served only snacks that Georgie was able to eat and cut up foods to “Georgie-size”. Nancy says, “There were oaties, cucumber sticks, grapes, raisins, viennas and quartered sarmies. Party hats were worn to make it festive and I made cupcakes with sprinkles and put a candle on one for Georgie to blow out – more like for mom and dad to blow out – for a photo opp.”

If you want to inject a little fun into the first birthday while still keeping focus on the child, you could play dress up. One creative blogger says she dressed up her birthday baby as an eighties-inspired aerobics instructor, complete with a hand-embroidered, felt boom box.

Keep it simple and keep them active.

Toddlers are busy so have something that they can bounce on, slide down, twirl around or ride on. For this, all you need is your back yard and a hired inflatable apparatus, or a park where there’ll be a jungle gym, swings, a merry-go-round and seesaws. Also focus on free play. Your toddler doesn’t sit still for long and gets sidetracked easily, so structured play, such as a craft workshop, is unlikely to work. Janine describes her son Connor’s second birthday party as a great success. “We hired a Lightning McQueen jumping castle with attached ball pond, which the children loved and spent most of the day playing in.”

Angie’s daughter, Mackenzie, had a jungle-themed second birthday with a monkey-face cake and a home-made mural, which they worked on for three weeks. Her third birthday was a low-key picnic in the park, but it still popped thanks to the giant cupcake-style cake and the park’s resident ducks, which the children enjoyed feeding.

Barbara du Randt from Durban and mom to five-year-old Noah, says, “The most special party for me and Noah was his third birthday; when he really understood that it was his birthday and could blow out his candles for the first time.”

When it comes to a theme for this age think cars, trains, teddy bears, fairies or Barbie. Activity venues are popular, or you can entertain with a storyteller. For simple dress-up ideas, moms have done a great job transforming their daughters into princesses and toddling boys will make cute little lions.

Janine, currently based in Guernsey, England says, “For Connor’s fourth birthday party my husband and I made a pirate ship out of cardboard and added a plastic slide, which we already had lying around the house. They had to climb through a tunnel to get into the pirate ship and then slide down to get out. It was a huge hit. They spent most of the day in it and it cost us nothing. We had hot dog boats for lunch with fruit and chips, and I made a pirate treasure-chest cake, which Connor loved.”

A cute and stand-out dress-up idea for a boy or girl is Wall-E or you could dress them up as a bunny and let them have fun with it by showing them how to hop around.

Be on theme. Build the party’s look and feel around your child’s favourite TV character, which will probably be Hannah Montana or Ben 10.

This is really your time to get creative and think outside the box. At this stage, your child has developed his own taste and special interests, so be prepared to hear him out and don’t be surprised if you are building an entire party around a science theme or your child makes a special request for a mosaic party. Your child’s imagination is in full bloom and professional entertainers can help to consolidate the party theme and keep the children’s attention. A magician will work well. For the eighth birthday of her stepdaughter, Kyla, Taryn organised a fairy party with a real fairy entertainer playing host. At this age, your daughter is likely to invite girls only, while your son may well want to stick to boys.

Cindy Perry, Cape Town mom to eight-year-old Josh, threw a Survivor party for 20 boys that was a roaring success despite its minimal cost. The venue, a grassed park situated on a family-friendly beach, was free and the eyeball cake was home-made. Costs were kept low by using simple items for the games, which included a wooden jigsaw puzzle, made by a friend, leopard crawl, cup-to-container and water balloons. The biggest expense was probably the lucky packet prizes of tattoos, stickers and animal figurines.

Popular themes for this age group include pamper parties, boot camp and parties outside at the pool. Girls like anything that is pretty and feminine, so simply decorating the venue with polka dots or holding a fancy-dress tea party, will be a success. Boys will enjoy anything involving physical activity or a hobby. Dress up your son as a ninja, and your daughter as Madame Butterfly.

Get them involved, let them feel like the grown-ups they aren’t and reduce the guest list because at this age, they’re all about their BFFs anyway.

Your tween is asserting her independence, and is likely to make her own party request. Taryn was initially taken aback when Skyla shunned her offer of a cake and instead requested a chocolate fountain for her 11th birthday party. Another popular idea at this age is a sushi-making party. You may want to invite your immediate family, in-laws and your daughter’s best friend’s parents to celebrate the milestone 13th birthday, so include drinks and snacks for the adults.

Your child feels like a young adult so she’ll probably want a disco, a pool party, a sleepover, a movie night, a braai or, if it’s winter, a dinner party. If you’re feeling energetic and creative, why not throw a murder mystery dinner party? Some great ideas for girls include a make-your-own-cake party or a pamper party at a spa. Boys at this age will love a paintball party, which can also be a great winter option, or you could splash out and hire a Hummer limo to fetch your birthday boy and a few friends from school on a Friday, take them to the movies and then home for pizza and a computer game party. Volleyball with friends on the beach is also a great idea for summer babies.

This is a popular winter party option; Cindy’s daughter has been voting for a “sleepover” party since she was 10 years old. Your daughter probably won’t invite boys at this age, but if she does there isn’t a “yes or no” rule. Do what feels comfortable and judge the specific circumstances – you don’t want to invite mischief so stick to good friends only. Trust your instinct – you’ll know if your daughter is trying to pull a fast one and if the boy is more than just a friend. Have the party guests over before the sun sets so you can have the children around the pool, serve finger foods to snack on and when it’s time to take it inside, you can play games such as freeze dance, charades, general knowledge and cotton-ball pass.

Out in the Cold: Outside Activities

Spring-Cleaning Fun for the Whole Family

THE CHARM OF CAMPING