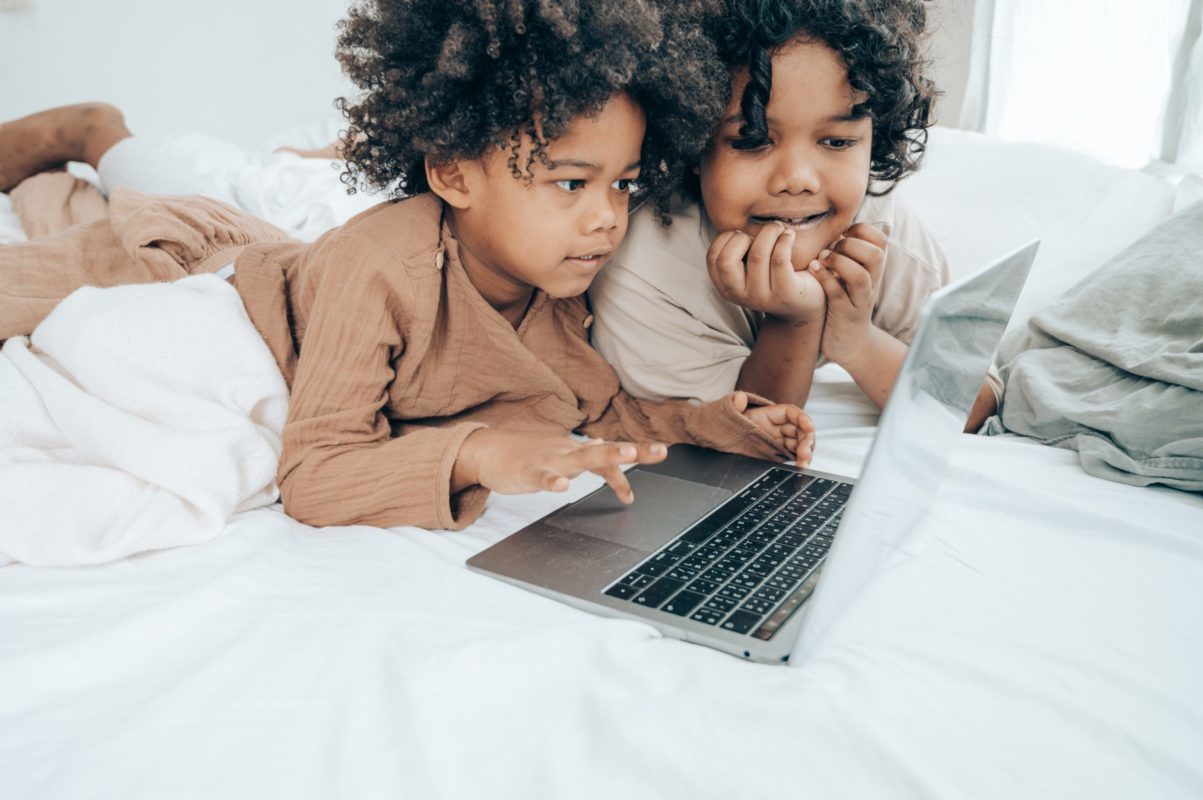 So just how can we integrate technology into parenting and model smart usage? We did some digging and found that the experts have some advice for parenting in a world of screens.

It’s all about boundaries …

“We have arrived in the digital world without a map or compass. Without doubt, the digital world offers untold riches. We can stay up to date with loved ones, learn things we might otherwise never be exposed to, entertain ourselves 24/7 – and the list goes on. A handheld device can become a portal into a world rich with discovery, whether in the hands of a 10 year old in Chicago or a young woman in an African village,” says Stiffelman. But she adds that as parents we need to be more informed about this digital landscape. Important, if we are to raise children who are able to develop a level of self-regulation and self-awareness that will allow them to “use technology without being consumed by it”.

“I’m a little torn,” says a Durban mom who has two eager, techno-savvy sons. “We live in a world that is technologically rich, so I don’t feel I can totally limit their exposure to screens for fear of them lagging behind their peers. Our children cannot escape all the screens in every aspect of their lives, but I worry about the dangers of online predators and the lack of real connection. As a conscious parent, I’m very aware, so I make an effort to ensure their virtual connectivity is balanced with real face-to-face contact.”

It’s true that in our pixelated, powered-up world, mobile technology, social media and online communities are fundamental to the way we communicate, learn and develop. But parents need to know what it means to be a good digital role model, says Heather Cabot, web life editor at Yahoo! “We have to get a handle on this because there’s no going back,” says Cabot. “Our children will never know a time they couldn’t watch an erupting volcano on YouTube.”

According to research conducted by Yahoo!, the average household has a staggering 23 tech devices. 59% Of children have witnessed their parents using a mobile device while driving. 46% Have seen Mom or Dad using a phone during dinner. And children under the age of five are more likely to be able to play a computer game than tie their shoelaces.
With so much tech in our lives, it’s not surprising that a study by the Kaiser Family Foundation, which provides in-depth information on key health issues, reported that with technology allowing virtually 24-hour media access as children and teens go about their daily business, the amount of time young people spend with entertainment media has risen dramatically. Today, eight to 18 year olds devote an average of seven hours and 38 minutes to using entertainment media during an average day. This equates to more than 53 hours a week. And because they spend so much of that time “media multitasking” (using more than one medium at a time), they actually manage to cram a total of 10 hours and 45 minutes worth of media content into those seven hours.

While there is a growing concern about screen time and its connection to inactivity, not all screen time is detrimental. Many articles have blamed technology for obesity, insomnia, violence, aggression and language development issues. This suggests that removing technology would make children fitter, and mental health issues would diminish and occupational health challenges would simply vanish, which everyone knows is unlikely.

For many years the American Academy of Pediatrics (AAP) has recommended that children aged two and under have absolutely no exposure to screens. And, for older children, that screen time be limited to just two hours a day. In September last year, the AAP changed their guidelines to reflect a more nuanced approach. Part of their update reads: “In a world where ‘screen time’ is becoming simply ‘time,’ our policies must evolve or become obsolete. The public needs to know that the Academy’s advice is science-driven, not based merely on the precautionary principle. Scientific research and policy statements lag behind the pace of digital innovation. A case in point: The 2011 AAP policy statement ‘Media Use by Children Younger Than Two Years’ was drafted prior to the first generation iPad and the explosion of apps aimed at young children.”

Author Mark C. Taylor reminds us in his insightful book Speed Limits: Where Time Went And Why We Have So Little Left that a precautionary attitude always seems to accompany new innovations. “Like today’s parents concerned about the psychological and physical effects of their children playing video games, 19th-century physicians worried about the effect of people sitting in railway cars for hours watching the world rush by in a stream of images that seemed to be detached from real people and actual things.” At the time, some physicians seemed to suggest that the experience of speed could result in “neurasthenia, neuralgia, nervous dyspepsia, early tooth decay and even premature baldness.”

Paranoia aside, there is valid concern in support of over-consumption and the converse: creating technological deficits that could hinder development in the wired world. And if it is to be believed that the average teen is spending more time consuming media than sleeping, it’s clear that parents also need a more plugged-in approach.

Craig Blewett, senior lecturer at the University of KwaZulu-Natal, in the discipline of information systems and technology, says he can see how parents could feel that children are simply wasting their time on these devices. This, however, that may not be the real issue. “Today’s devices are not like the single function radios and televisions children’s parents grew up with. In the past if a child was spending lots of time in front of the TV it was obvious they were doing only one thing – watching TV. Modern devices allow for a wide range of activities from consumption to conversation to creation. Even sitting in front of a TV, a child today could be doing anything from having a conversation, playing a game, watching a movie or creating a world in Minecraft.”
Blewett believes that the problem is when children aren’t doing any of these things during their seven-plus hours of entertainment media. Research shows that on average, children are spending about 40% of their time on “passive consumption” compared with just 3% on actual content creation. Perhaps, as Blewett contends, it’s not technology that isn’t working, but how we’re using it that needs adjustment. Screen time for children must be based on activity not passivity.

So just how can we integrate technology into parenting and model smart usage? The experts have some advice.

It’s important to check your own engagement with screens and mobile devices and model good behaviour so that if you don’t want your child checking his or her phone at the dinner table, you shouldn’t be doing that either. Talk through every interaction so that your child knows the difference between using the device as a game versus a means of communication.

You are the superhero

Technology is your trusty sidekick. When Michael Jackson passed away, Heather Cabot’s children were intrigued by all the hype and quizzed her about who Michael Jackson was and what made him so great. She took out her iPad and showed them videos of the King of Pop performing live. Technology is at its best at those teachable moments. – Cabot, Yahoo!

The family computer should be in a high-traffic area that can be easily supervised (not in a bedroom or hidden alcove). Cabot adds that downloadable filters and parental controls “are helpful, but you can’t rely on them.” You wouldn’t leave your child alone in a place that wasn’t childproofed, and the internet certainly doesn’t have covers on its power sockets. “Our morals should be the same in the digital world as they are in the real world,” she says. – Cabot at Yahoo!

While doing research for her book Alone Together, Sherry Turkle chatted with children who complained about their parents being disconnected. “They talked about moms who bring their phones to bedtime, or when they approach the car after school and the parent makes a hand gesture instead of eye contact because they’re finishing an email.” The result? Children are modeling the same behaviour. “As a professor, I find that children are having trouble making eye contact. They would rather send an email than come by during office hours. Social skills are vanishing,” notes Turkle. The answer: make and maintain a connection and resist the urge to take a tech interlude. Stay present in that moment. You can finish your mail or send the text when you have finished connecting with a real person in real time.

While the binge-watching trend may signal a worrying focus on consumption, research shows that active teaching and learning approaches are good for learners. The future of our classrooms relies on teachers harnessing this energy, combining it with the benefits of technology and then activating learning in the classroom. By moving children from passive readers and hearers to active curators and creators, teachers and parents can significantly impact both the learner’s enthusiasm in the classroom, how much they learn and make technological interactions positive and productive.

Win or Lose, Be a Good Sport