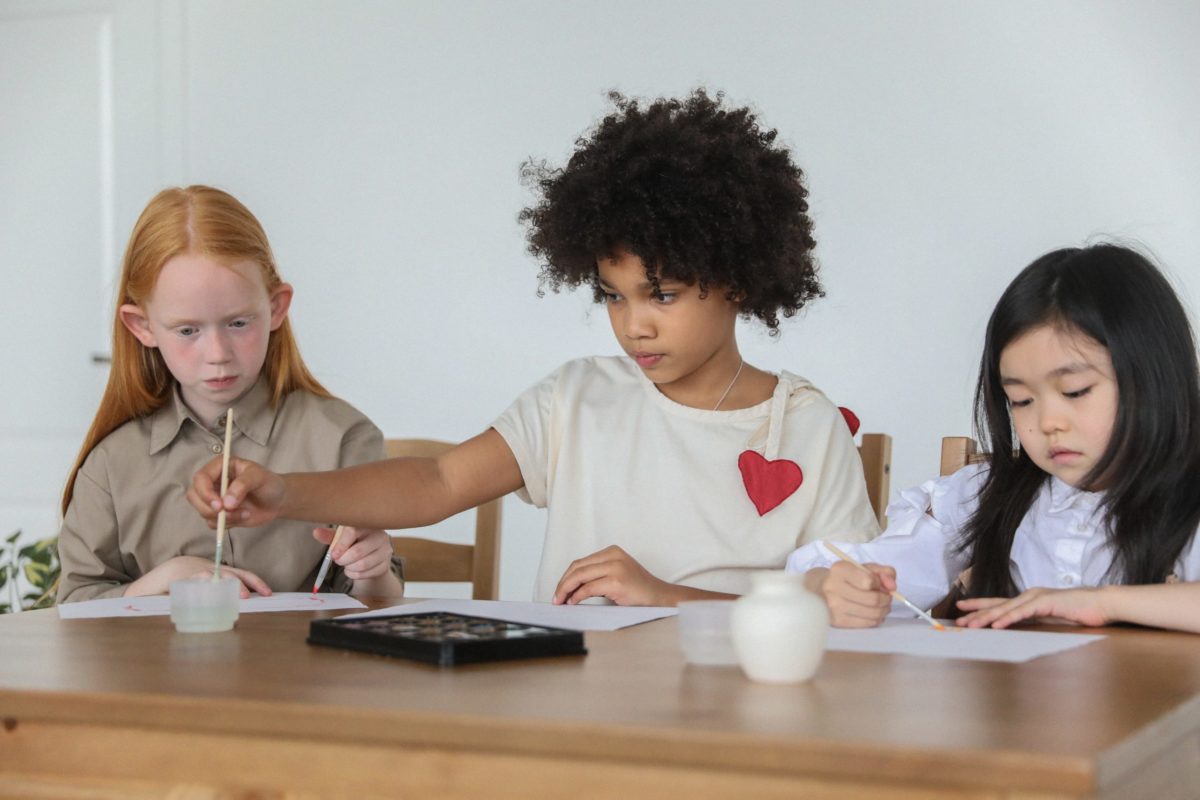 Bossy children are usually confident, assertive and creative. However, being a bossy boots can also make a child unpopular and isolated.

Sometimes those who exude confidence and assertiveness and take charge are labelled as being bossy children and this can lead to great unhappiness. Making friends is no easy task. It takes a lot of confidence and a positive self-image to crack the code of successful and happy friendships.  As children go through their pre-primary years it is often a struggle to gain acceptance from peers, and not be the isolated child roaming the playground.

Children often seek control over their lives and worry about having their needs met, but in doing this the behaviours they display may make them come across as a bit of a tyrant. Bossy children tend to be egocentric, want others to play how they want to play, and struggle to take “no” for an answer. If this is your child, take note, as it could possibly lead to bigger problems if not nurtured appropriately.

As adults we tend to be bossy too, but recognise when things are not working out and instead formulate new action plans. Children on the other hand find it difficult to move beyond their own immediate needs. For some, bossiness is momentary, while others have a naturally dominant personality. This could lead to more consistent bossy behaviour.

Tell-tale signs of a ‘bossy’ child

Bossy children may tell other children that they do things wrong. Having difficulty waiting for a turn, disagreeing with rules and/or often creating new rules, focusing on winning, and interrupting often are also markers. Those children with a more dominant personality will also try to gain some control, test other’s limits, be attention seeking, and copy the behaviour of other children or an adult.

Ultimately bossy children tend to be bright, gifted, assertive and creative. If nurtured properly these traits can become an asset in developing appropriate leadership skills. However, if left untamed bossy children may well feel and become more isolated in any environment.

Parents and other adults can be important teachers as children learn how to get along with their friends. They need your help in understanding what works and what doesn’t work. And most importantly, they need your encouragement as they build strong friendships.

Here are some key tips to help tone down that bossy-boots:

Tip #1: Satisfy the need to be in charge

Look for opportunities where your child can have power to make decisions or take control. Provide choices when it comes to food, chores, dressing, play and other daily activities.

Tip #2: Model how to give directions

Children often simply repeat the behaviours they learn from watching adults. Stop and take a look at how you ask your spouse and your children to do things. Modelling our own requests in a positive, calm manner can make a big difference in how our children talk to their siblings and peers. Practice mutual respect. Apologize when you make a mistake and keep your voice firm but calm when correcting behaviours. And avoid humiliation when correcting bossy behaviour in a group setting; rather take your child aside and point out specifics, followed by examples of more appropriate ways to handle the situation.

Look for as many situations as possible to take advantage of modelling, turn-taking and asking permission to do things with other people, rather than being bossy. Get your children to use their active imaginations in a role-play, using puppets and stuffed toys working through issues such as negotiation, speaking out about feelings and finding alternative positive ways of how heated situations could be handled better. You could also do a role reversal: allow your child to be you for fifteen minutes. She gets to make and enforce the rules, choose the meals, and run the show. Watch out! It could be fairly eye opening!

No one likes to be told “no” the majority of the time and let’s face it, pre-schoolers make unreasonable requests all day long and get told “no” on a regular basis. This is often deflating. Rather look for opportunities to say “yes” to your child whenever possible, so that he feels like his wants and needs are being met.

Most bossy children have the need to win. Board games are a wonderful opportunity to nonchalantly enforce turn-taking and playing by a set of rules. It’s also a good moment to reinforce that the joy can be in the game itself, rather than the outcome. Be excited about the game and how much fun it is spending time together, rather than about who is winning or losing. This will help children understand that it’s about interacting and enjoying an experience together.

Parents must jump in

While it can be frustrating, it’s important for parents to make themselves available, aware and ready to jump in when children need help with which behaviours are bossy and how to change them. Bossiness can’t be cured overnight, but the sooner you start the sooner your child will learn to play and be fair towards others.

Danielle Forsyth is an educational psychologist in private practice.

Lockdown Holiday Can Still Be Fun – Here’s How