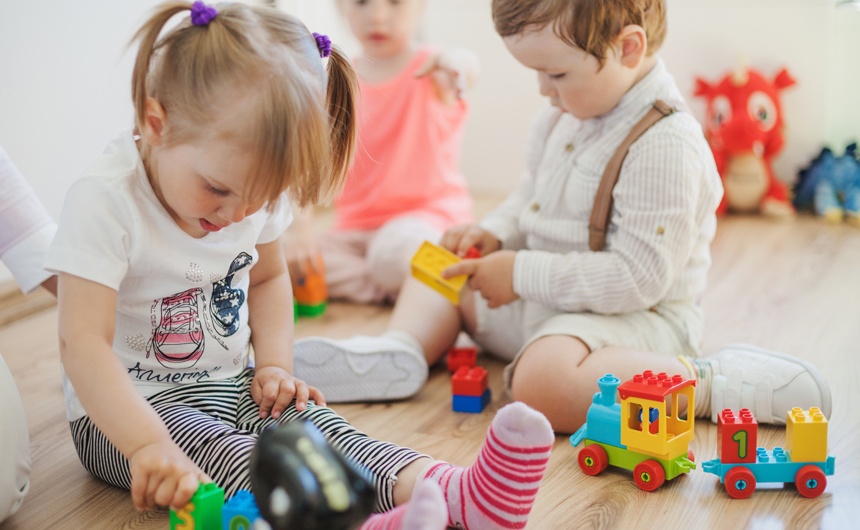 Your child’s need for friendships, and the ability to make and keep them, changes at different ages and stages.

Here are some ideas on how to help your child start and grow friendships.

Watching my teenage son’s warm camaraderie with his best buddy is a delight. Yet when they first met at one of my antenatal class reunion teas, they ignored each other. Then, they were intent only on engaging with their moms and their baby mobiles. As toddlers, they played separately, exchanging words when one coveted the other’s plastic spade or scooter. It was only in preschool that they slowly began the sharing, caring and communicating they do so well today.

“We are social animals, so our brains are wired for social interaction and cognition,” says Durban-based education and child psychologist Dr Caron Bustin. “Nurturing this during sensitive stages supports a child’s holistic development.” It takes patience and sensitivity, but what would any of us be without the companionship, candid advice, comfort and sheer fun of good friends?

The baby years: zero to one

Your baby learns the basics of forming friendships when you make eye contact with them and exchange smiles. The human face and voice naturally attracts them. If you talk, sing or read to them, they babble or coo in response and imitate your expressions. “A mother’s interaction and bond with her baby from birth is vital for a secure attachment [to form] between them,” says Joburg-based clinical psychologist Clare Harvey. “This secure relationship will form the blueprint for all further relationships the child will have.”

Put your baby’s chair or pram where they can see you while you cook or do chores. Harvey says: “Constantly talk to them and give them running commentary on your actions. You are then laying the foundation for healthy, secure friendships later on in life.”

The toddler years: one to three

Toddlers are notoriously self-absorbed, seeing themselves as the centre of the universe. However, they are also curious about others and can show empathy. “Even one year olds have been observed trying to soothe their peers,” says Bustin. They initially play alone, but watch others at play. They then progress to ‘parallel play’ alongside another child. Although there is little interaction at this stage, they are learning about friendship by mirroring each other’s actions or sounds. Favourite words tend to be “me” and “mine”, but they understand many more and are ripe for emotional guidance.

Coach them in feelings, consequences and self-control. These are all vital for making and retaining friendships: “Thandi is crying because she is sad that you took her doll.” Empathise, but have limits: “I know you want the spade and waiting is difficult, but Steven is using it now.” A child feels heard if you affirm their feelings or wishes, explains Bustin. They might not like a particular rule, such as waiting for their turn, but they will soon learn.

The preschool years: four to six

Friendship now rests largely on the proximity of the other child and an interest in what they are playing with. But children do begin to develop deeper bonds with a few special friends, usually of the same sex. There can be trouble when one child always assumes the role of leader, or can’t get the other child’s attention. They may resort to stepping on their playmate’s sand castle or smacking to get a reaction.

Develop your child’s empathy by explaining their friend’s viewpoint: “Let Fatima play Mom for a change or she may not want to come next time.” They need to try out different roles to develop empathy or to gain perspective, says Bustin. Cape Town educational psychologist René Daniels suggests joining in your child’s imaginary play to help develop sharing and other skills. “Talking and modelling appropriate social behaviour is vital as children mirror what we do,” she says.

Read more about the shy child and the attention-seeking child.

From the age of seven, their friendships focus on shared activities such as sports or computer games, and on talking and gossiping. “As they internalise society’s values and conventions, children’s moral reasoning increases, but they’re still at the stage of direct consequences so they want to see punishment or obedience,” says Bustin. They can be self-righteous and will likely ‘tell on’ their friends.

Explain that this is not acceptable, unless the other child is hurting or endangering themselves or others, she says. Talk to them about physical and emotional bullying and suitable responses, and practise these (see ‘what to do when’). Give them opportunities to form a variety of friendships. “Invite other children home, and insist they visit others too because of the different dynamic,” says Bustin. Involve them with sporting, cultural, scouting or other interest groups.

The middle school years: from 13

With growing independence, children start opening up to friends about their intimate feelings, dreams and fears. They may also begin forming friendships with, and crushes on, the opposite sex. Loss of friendship can seem like the end of the world, and they are painfully vulnerable to exclusion from the favoured or ‘cool’ groups that form based on looks, dress and strong personality, as well as to teasing and bullying. Currently, social networking sites such as WhatsApp and Facebook are where some of the most devastating bullying is happening.

Understand that a degree of social pain is normal and don’t interfere unless you have to, but make sure your child knows they can turn to you for help and advice, says Harvey. Daniels adds: “Talk to them about appropriate etiquette and what to share and keep private when using social networks. Helping them deal with emotional pain will build resilience and confidence and enhance their problem-solving skills.” If your child loses a friend or is rejected by a clique, listen compassionately and ask what they are doing about it. Letting them work through it themselves to find their own solutions is the best way to help them grow, say both psychologists.

Read our posts on choosing friends and emotional intelligence and friendship.

What to do when …

they fight with friends

Fighting is normal, even among close friends, and as long as it’s within manageable proportions, leaving your child to sort it out teaches important life skills, says Harvey. If the fight gets heated, help them to identify their feelings and show empathy while remaining balanced. “You must have felt hurt when Vashni teased you. Maybe she is upset because you because you wouldn’t let her use your crayons?” Point out consequences and encourage understanding. Say, “If you stop playing with her, could you miss having her over?” Offer support: “I know you can sort this out, but I’m here if you’d like to talk.” Above all, be a positive role model when you disagree with them, your own friends or your spouse. Calmly define the problem and your feelings and be respectful yet assertive.

It’s often simpler to let an unsuitable friendship run its course than try to end it, says Harvey, “unless there could be lasting damage or danger to your child”. Calmly point out your concerns about the friend’s behaviour, and ask how it makes your child feel and whether it fits with their values. Let them know you trust them to make the right decisions and to resist peer pressure. If a friendship is dangerous because it involves drinking or drugs, limit the opportunities for contact. Encourage opportunities to meet new friends, through sport or participation in other interest groups. If the friendship continues, you may have to separate them by changing classes or schools, but this should be a last resort, says Bustin. “Always consult with your child throughout this process, letting them know what your thoughts are regarding how you would like to help,” adds Harvey.

they’re friends with the Queen Bee or the bully

Cliques are particularly powerful in middle school, when children can have a shaky self-esteem and crave the affirmation and identity of a group. These groups often distinguish themselves by putting down outsiders or competitors, and may project negative qualities onto them, also known as scapegoating, to boost their own sense of superiority, says Daniels. Children can easily be sucked into a clique out of fear of being ridiculed and excluded, rather than because they actively support the group’s Queen Bee leader or dominant bully. “A child who lacks confidence and has poor social skills is more likely to find themselves in such a position. Acceptance and unconditional love from you would help them take a stand and move away from such situations.” Explain the difference between popularity, which is based simply on a group’s agreement that someone is attractive and ‘cool’, and friendship, which is based on genuine affection, trust and support.

they bully a friend

A bully will often mask their actions as being ‘strong’ or ‘humorous’ and blame the victim. Bullies usually manipulate others to feel powerful and in control, so make sure that there is nothing negative going on in your child’s life. “Regular quality time and checking in with one another will definitely help,” says Daniels. Never facilitate bullying. If your child wants to exclude a child from a class party, ask how they would feel. Explain that they should never tolerate bullying and disrespect from anyone, and that it will not be tolerated from them. Discuss limits and consequences, and stick to them, says Daniels. “Creating a stable home, where value and respect for one another is prized, puts your child in the best stead for building lasting relationships.”

Falling Between the Gap: When Your Child Doesn’t Fit In

Hope for Children with Asperger’s