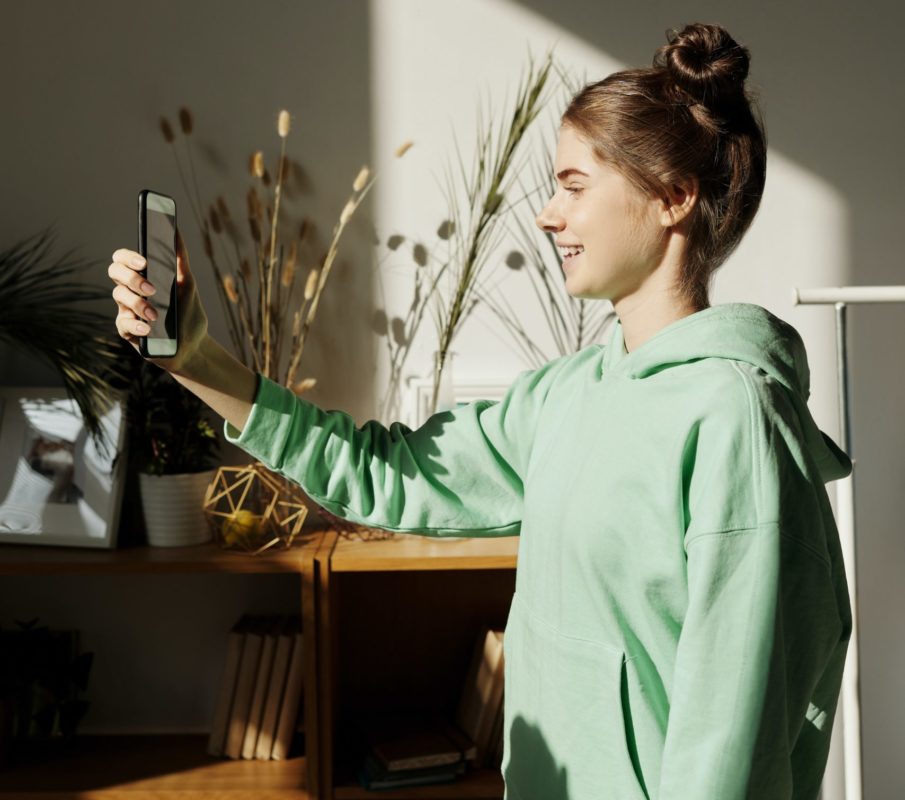 This eating disorder is on the rise among young girls – and boys – in South Africa. The good news is that anorexia can be prevented.

The parent’s guide to dealing with anorexia … Rina de Beer, 36, a technical assistant from Cape Town, and mother to two young girls says, “at first people will tell you how good you look. That causes you to eat less even though you are constantly hungry, cold and lethargic. Then people start commenting on the fact that you never eat. This causes distress because you’re not sure which is better: not eating and being thin or eating and being fat.”Parents need a guide to constructively dealing with anorexia.

Let’s start at the beginning

Rina first developed anorexia aged 16 and her constant obsession with being thin has ruled her life ever since. She’s woken up at 2am to exercise (compulsively doing everything from weight training and running on the treadmill to kickboxing). She’s also stayed home rather than go out with friends for dinner in case someone should suggest she eat something fried, battered, doughy or, even worse, have dessert. “Food has been my biggest enemy all my life. Not only have I robbed myself of 20 years. I also robbed my children of having a fully functional, energetic mother.”

While there are currently no statistics on the prevalence of anorexia in teens and pre-teens in South Africa, according to Dr Rita Thom, principal psychiatrist at the Adolescent and Eating Disorder Unit at TARA Psychiatric Hospital in Johannesburg, “eating disorders are being seen more in all racial and socio-economic groups,” with probably between three and five percent of the population affected by eating disorders as a whole (that includes anorexia nervosa, bulimia nervosa and eating disorders not otherwise specified [which is actually the largest category of eating disorders], she says.

Who is most likely to develop anorexia?

Professor Christopher Szabo, head of clinical psychiatry at Wits University, was interviewed on an episode of Carte Blanche. He suggested that the common view that the disease affects middle class Western girls and women is being questioned. “Our understanding about who might be at risk is being turned upside down. We see males with the problem, younger and older sufferers, as well as individuals from different kinds of cultural and racial backgrounds.”

But, says Cape-based clinical psychologist Kate Rogers, “Anorexia most frequently occurs during adolescence. A period of identity confusion and adjustment.” UK researchers and authors of Childhood-onset eating problems Claudine Fox and Carol Joughin agree. “There are fewer patients with eating disorders aged between eight and 13 years than there are aged between 14 and 19 years.” And Thom, who in her six years at TARA has seen just one pre-teen girl of 11 years of age confirms, “Pre-teens with anorexia are rare.” This is however changing.

Is it a phase?

While eating disorders are more common in teenage girls, younger children are prone to what Fox and Joughin term, “eating problems”. This refers to the likes of “faddy eating” in which children are unwilling to try new foods. They have a “poor appetite” and a “refusal to eat solid foods”. While these problems are “relatively rare” according to experts and do not necessarily lead to eating disorders, it is important to note that some, such as childhood-onset anorexia nervosa, are more serious. They can have an effect on your child’s physical and psychological development.

While experts agree that eating disorders occur more commonly in girls, boys are susceptible too. Their parents too need a guide to dealing with anorexia.

Why do children become anorexic?

Influence of media and advertising

“I would say that the media is partly to blame for eating disorders in young children,” says Rina. “I see it in my own two daughters. My eldest (17) is bigger than her younger sister (12) and she is constantly comparing her body. Also, it is extremely difficult to find hip clothes for bigger teenagers.”

Rina points a finger at the diet-aid industry and the advertising that accompanies it. “Individuals who diet are probably eight times more likely to develop an eating disorder,” confirmed Szabo. Thom agrees that our ideas of female beauty in the western world are “distorted, unrealistic and can be dangerous”. But, she stresses that anorexia is a complex disorder. It takes a lot more than media messages about beauty to develop.

When children feel stressed and out of control (perhaps they’ve changed school, lost a family member, their parents are getting divorced, they’ve been sexually abused), they may develop anorexia as a way to exert control over their emotions.

For Rina, whose father was abusive towards her mother and was also verbally abusive to her about any weight she gained, control was critical. “When I controlled what I ate, I could lose weight and by losing weight I pleased the people around me,” she says. “Obsessing about weight, where the obsession becomes all-consuming, becomes the perfect distraction from underlying problems,”confirms Rogers.

A desire to be “perfect” is a common thread running through many anorexia sufferers. According to Althea Sherry, a Johannesburg-based counselling psychologist and founder of recoveryspace.org, a local website promoting recovery from eating disorders, perfectionism can be seen in a tendency to set extremely high goals and frustration or tearfulness if these goals aren’t met. As a result, children with anorexia often appear to be “model” children. They are well-behaved high-achievers in sports, culture and/or studies.

And some parents can also play a role. Says Johannesburg-based clinical psychologist Lauren Gower, “I don’t think it’s helpful to say parents are to blame. But sometimes they might be trying to get their children to remedy something that they didn’t manage in their own development.” This was certainly true in Rina’s case.
“My father was extremely ambitious, overcompensating for what he missed during his school years. My siblings and I had to excel in both the sport and academic fields.” But when her teenage hormones kicked in and she started to gain puppy fat, he would make hurtful comments. “He made me feel like a broken toy. Not good enough to be his daughter.”

While Rina’s father’s attitude is thankfully the exception, there does appear to be one rule among anorexia sufferers. “One of the core features underlying all eating disorders is a disordered sense of self – self-esteem and self-worth,” says Thom. “If a young girl does not have a healthy self-esteem, then she is much more likely in a particular social context to develop an eating disorder.”

Seek professional help as soon as possible. A UK study found that it took on average 7,4 months between parents initially requesting professional help and referral to specialist services. According to Fox and Joughin, this delay could be the result of doctors not understanding and recognising the eating problems that children suffer from. “Some empirical research investigating older patients with eating disorders has found that a shorter history of illness is a predictor of good outcome.”

According to Thom, a usual treatment plan would include a multi-pronged approach. Assistance with weight restoration (usually with input from a dietician), psychological treatment and, on occasion, medication. Medication is required to treat co-morbid depression or anxiety disorders, which are common. There is no medication that treats anorexia nervosa.

You and your family are part of the solution. “A child’s mental health issue could indicate that there is something out of balance in the family,” says Sherry. “In addition to individual therapy, family therapy is important to help the family to change behaviours that may be contributing to, or maintaining, the eating problems.”

Don’t blame yourself, but do check in with yourself. How much do you obsess about your own weight? “If putting on weight becomes a life-or-death drama for a parent then this will impact on a child,” says Gower. This is of particular importance for adolescents whose hormone changes may lead to weight gain. This might seem unacceptable to a child if her mother is extremely weight-conscious.

Be a role model

Sherry suggests the following rule of thumb: “Avoid commenting on your own weight or the weight of others. Decrease a family focus on appearance, weight and food. Mention positive role models who are successful for reasons other than appearance. Encourage a focus on other positive attributes such as creativity.”

Educate yourself and don’t underestimate the disease. In the early stages, an anorexic is comfortable with her illness – it is her means of coping and she is unlikely to want to change. “Trying to take this ‘safety raft’ away causes extreme anxiety and is likely to lead to deceit in order to protect the symptom,” says Sherry. Rina agrees: “Unfortunately this disease makes you a very cunning liar. Do not believe your child when she says she has already eaten.”

It is therefore important to familiarise yourself with the disorder. Understand that forcing your child to eat is not a solution, neither is showing your child pictures of other anorexic sufferers – “they are immune to that,” says Rina. She also suggests monitoring Internet use. “Do not allow your child to go into chat rooms where they can pick up hints on losing weight.”

Connect with others. Online resources are a great way to connect with other parents and gain support. Try something-fishy.org, a US-based website that allows you to participate in bulletin boards and chat with other members. It also provides links to other useful websites. In addition, log on to the locally run website, recoveryspace.org.

Finally, do not let the illness rule your life too. According to experts at the Great Ormond Street Hospital for Children in the UK, as well as supporting your child through this difficult time, it is important to concentrate on your own needs too. You’ll need all your resources to cope with the demands on your child, yourself and the rest of your family, so continue to involve yourself in activities that keep you strong and inspired and your family connected.

What are the warning signs that your child could be developing an eating disorder?

Our children’s eating disorders can be prevented. What we need is a parent’s guide to dealing with anorexia.
Dr Rita Thom, principal psychiatrist at the Adolescent and Eating Disorder Unit at TARA Psychiatric hospital in Johannesburg, suggests how.

Eating Right for Your Mental Health

TOOTH WISE AND WHEN TO VISIT THE DENTIST