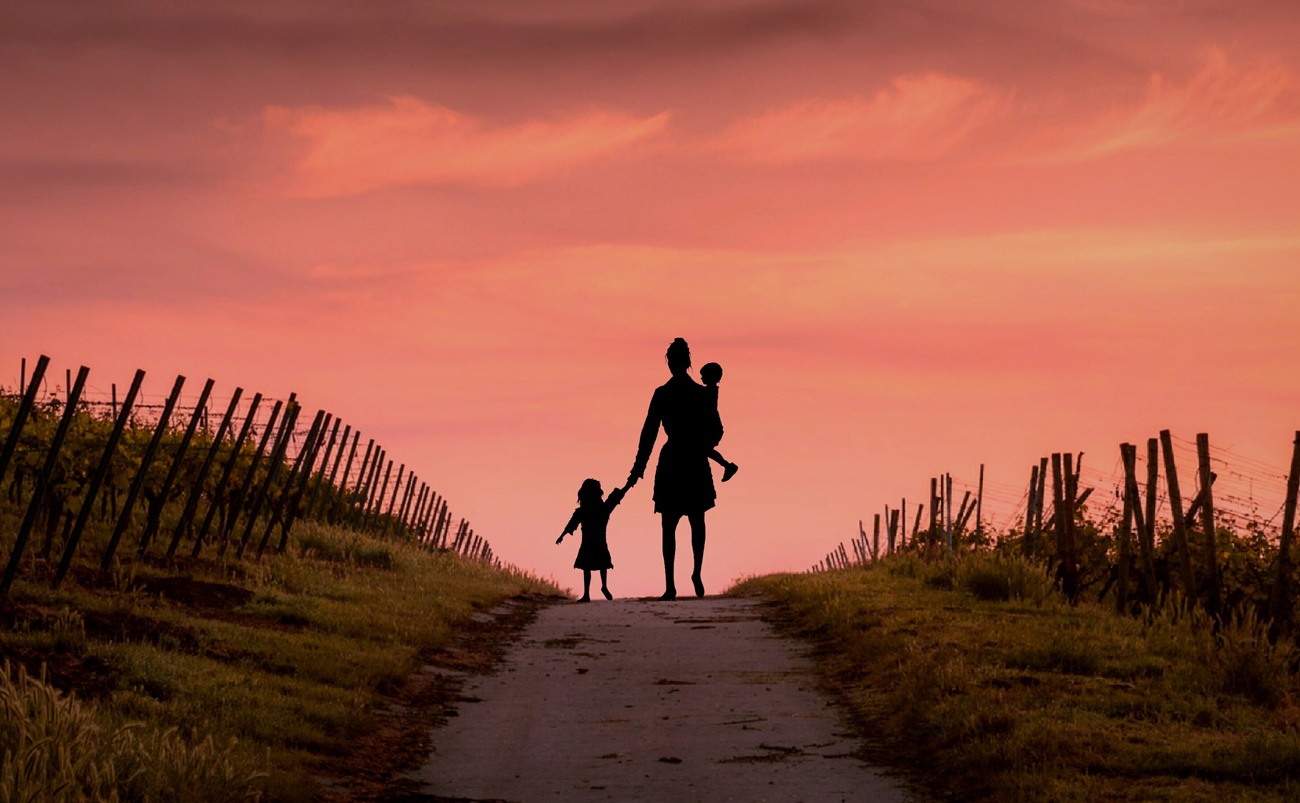 Parenting is a journey of excitement, discovery and a few challenges along the way. But, each of the stages of motherhood ultimately bring joy.

Jenny Thornton* (41), a teacher and mother of two from Rondebosch, sighs as she pushes my two toddlers in their tandem pram. I am glad of a chance to walk normally instead of tilted at a 45-degree angle to the ground to keep the momentum. Her two haven’t needed a pram for a long time. Perhaps offering to push the pram is part of her broody hankering after those cute, cuddly days. She  stayed at home with her children for five years before sending them to preschool. Now Tom* is ten and Fin* is eight and both are in junior school. Jenny says she has far more time to herself now. “Tom no longer needs me as much. He is no longer an extension of me. Now I have more of me back, but I am not sure who I am,” she tells me.

Her words set alarm bells jangling in my head. What she is going through must happen to most mothers at some point. The demands of little ones are so all-encompassing that when they move out of the mommy bubble, it must leave mom feeling quite bewildered. Although Jenny taught night classes part-time, the role of mother is the axis around which the wheel of her life has turned for the past ten years. Now her boys, although still young, do not need to be waited on hand and foot as much. Jenny has been walking through a dark night of the soul, but is not sure why. This is just one of the many stages of motherhood.

Anne Pleshette Murphy, former editor of the American Parenting magazine and author of The 7 Stages of Motherhood insightfully describes her own journey through the stages of motherhood. When her son was five his ballooning vocabulary became a sign for her to step back. “Letting him express himself, not trying to read his mind, was a challenge because it ran smack up against my desire to be needed, to maintain my place as the centre of his universe.”

The very first of the many stages of motherhood begins when you see that second stripe on the pregnancy test. A big shift begins to take place, a magical flowering of some powerful inner bud that has been waiting inside since you were a little girl: that potential to give birth to a gift of love. It is a huge identity shift, setting of all kinds of emotional and hormonal tides within a woman’s body. A powerful innate new sense of purpose is discovered in living for someone other than yourself. The idea of being needed and depended on may be a terrifying responsibility, but it is also empowering.

“As excited as I was to be pregnant,” writes Pleshette Murphy, “the first trimester was really rough emotionally. I think I felt two things: this huge lack of control, and loss. I just kept thinking about how I was giving up my career and losing my body and making lots of sacrifices.”

Being pregnant turns one’s whole life upside down. Everything looks different in this phase of morphing into a new mother. Psychologist Daphne de Marneffe puts it profoundly in her book Maternal Desire – On Children, Love and the Inner Life. “Motherhood puts women in a different relationship to themselves… not as some sort of pale ‘shifting of priorities’, but as a new relationship to experience.”

The theme tune of the motherhood movie, ‘Learning to let go’, begins as early as pregnancy, when controlling your life and even your body take on a different meaning. One of the biggest challenges of the rollercoaster ride of labour is allowing yourself to open up, trust the process and Let Go. I learned in labour with my second child that when I opened up and allowed the contractions to wash over me instead of fighting or flinching from them, I made most progress.

Read our articles on becoming a first-time mother and preparing for the birth of your baby.

In yet another of the stages of motherhood, the months following the birth, mother and child need to retreat into a soft warm nest together and get to know each other, In this ‘the fourth trimester’, as it is fondly called, they learn to adjust to their new life together and begin their unique relationship. It is an important time for consolidation and adaptation to the new identity of motherhood and to physically recover from the birth experience.

Many women experience postnatal depression in these months. Part of it may be the sense of emptiness in your limp-balloon womb, part may be the hormonal plunge, and part may be due to the change of life. Depression is a common symptom for any life crisis, or identity shift. This is the first of many moments in your life when you may be thrown off kilter by your baby taking a tiny step away from you.

It is natural to want to withdraw into the safe cosiness of that nest and hold the circle of family protection for your children while they are young. However, it is easy to get lost in it, to forget your previous identity in society and become what your children need you to be, a ‘mommy’. Some do not emerge from it for years. On the other hand, you may fight the entropy of it. If you are a single mom, you have no choice but to go out into the jungle, like a she-wolf to hunt for your family. But, that is only after you have been through the wrenching process of finding satisfactory child-care options.

Then one day you find you are not needed as much. Your children have become more independent. You celebrate your child’s growth and achievements, yet some parts of you resist with a strange kind of terror. Daphne de Marneffe observed this in her studies of mothers and their relationships with their children: “When a woman was anxious,” she writes, “the anxiety did not arise from letting the child go, but rather from the void that is left by their absence and the need to find a meaningful new way.”

The ‘void’ is yet another of the stages of motherhood. It is a fearful feeling that sends many a woman on frantic feel-good shopping trips, to the fridge for a binge or into the arms of a man who is not her husband.  Others throw themselves into charity work to recover that sense of purpose.

The alternative to the reckless running for comfort is to take a deep breath and look within. “It is important to recognise what the gap inside you is,” says Paula Kingwill, Cape Town-based drama therapist. “A conscious awareness of what you are going through will immediately empower you to make more healthy choices about how to deal with uncomfortable (even unbearable) feelings. Realising what is driving you can also prevent you from making mistakes that may have a negative impact on your life and the people around you.”

The transition into midlife

Mary Ovenstone is an American therapist, life coach and international speaker based in Cape Town. She runs workshops and seminars dealing with the midlife transition. She has a hopeful message for mothers who are feeling like Jenny.  The anxiety, guilt and self-reflection are common for someone going through the transition into midlife.

There is, however, light at the end of the dark tunnel, when a true integrated self is discovered. But, this may be hard to believe if you are starting out at the bottom of, what my friend Jenny describes as, an abyss.

Mothers often go through this transition at a time when their children are letting go of their early childhood and becoming individuals. These are all healthy processes of growth and letting go. They enable you to move on in life and to break patterns from your own upbringing, which may be holding you back.

Ovenstone explains that until the age of around 40, one is driven to live and bring one’s children up according to a code of conduct created by the way one was brought up. “Around 40, you suddenly realise that life is bigger than the code. Then, you can break those patterns and live your life your own way. Real power comes from personal authority. I think we are only ready to have a sense of personal authority when we’re in our 40s. After that, it just increases.

“Many people tend to change jobs, move homes or change partners in their 40s. This is their way of unconsciously dealing with their confusion and discontent,” says Ovenstone.

If you started a family later in life you may be hitting ‘the big four oh’ while dealing with the whines and tantrums of little ones. This can become extremely stifling when you have your own big stuff going on in your head. Taking time out to nurture yourself and let off some steam can become an urgent matter for the benefit of all.

Knowing how much to let go and how much to nurture and protect is a delicate balance.  As you watch your child growing into an independent individual, you have the opportunity to be transformed into a more authentically powerful adult. However, it does not come without hard work. If becoming a parent is about sacrificing yourself and your life, as you knew it, your 40s seem to be about finding a new you to make up for it.

* Names have been changed.

1. Find a mentor. Seek out someone you respect who can help you understand what you are going through.

3. Recognise this opportunity for growth and look honestly at that empty feeling inside that’s driving you. What are you frightened of?

5. Take up some form of exercise, such as yoga, that teaches awareness of the body and quietens the mind.

7. Write a journal. Write poetry, paint and express yourself.

8. Find supportive friends. Look up your lost girl friends or find new ones.

9. Treat yourself to classes of a creative art you have always wanted to do, but never had the chance.

10. Get back to your career. Alternatively, start something part-time.

11. Accept and forgive yourself for not being perfect.

Baby’s First Days: What to Expect