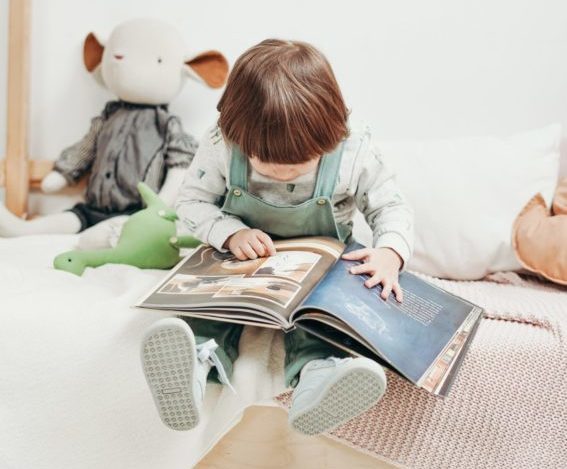 There is a difference between a shy child and an introverted child. Here’s what you need to know about raising an introvert.

Many parents balk at the suggestion that their child may be an introvert. Why? South Africans, like most market-driven societies, believe that to be successful you need to speak up, stand out, be heard. Being gregarious is equated with being self-confident and happy. As parents, we measure our success on how likable or popular our children are. Humans are social creatures, after all. So, when your child prefers to spend time alone or when his teacher tells you that he does not take part in “circle” time, even when he sits attentively and is coping well with the work set, we worry. A lot. This is what you need to know about raising an introvert.

Introversion has become wholly misunderstood and has been cast as extroversion’s “bad brother”. These personality traits are not value judgements of how good you are at socialising or how much you like or dislike people, they are simply ways of describing what level of social interaction energises or drains you. Extroverts are revitalised and get their “oomph” in large groups of people, while introverts are energised by being on their own or after spending time with one or two people. Describing her son Nicolas’ (5) introverted nature, Maxine (an introvert herself), says, “Nicolas loves the company of others, but it can leave him drained. After a bit of time on his own, he is recharged and bouncy again.”
Neither of these personality traits are mutually exclusive and most people operate on an introvert-extrovert spectrum. They are also situation-specific. As adults we have learnt when to put on an extroverted “face” for public speaking or dinner parties, or give ourselves some “downtime” listening to music, regardless of our natural tendencies. Similarly, all children display both types of traits but do innately prefer one over the other. According to researcher and author Susan Cain, “introvert” describes a third to half of the population.

One of the biggest misconceptions is that shyness and introversion are one and the same – they are not. In her book Quiet: The Power of Introverts in a World That Can’t Stop Talking, Cain explains, “Shyness is the fear of social disapproval or humiliation, while introversion is a preference for environments that are not overstimulating. Shyness is inherently painful; introversion is not.”
Your introvert may well be shy too, but there are many introverts who easily engage with new situations or people, but simply prefer to do it one-on-one. “My five-year-old son, Ivan, loves people and social events, but gets incredibly anxious and will cling to my skirt at first. It takes him a while to ‘suss’ things out. But once he does he is the life and soul of the party,” says Ingrid, mother to Ivan and Alex (3). “Alex, in contrast, is all gung-ho when he arrives, taking part in everything, but then will hit a point – usually just as Ivan has warmed up – where it all becomes too much and he just wants to go home. Ivan is shy, and Alex is a classic introvert.”

Our prevailing education system teaches children – especially in primary school – based on a group model, with desks pushed to face each other, a lot of teamwork, show-and tell-style public speaking and a lot of socialising. This model is not bad in itself, it is just not ideal for the introvert, and can sometimes interfere with learning.
Neil, my husband, was shocked when our five-year-old son Finn’s teacher told us that she thought he was depressed. “She told me that almost every day, just after break time, he would beg to go to the book corner, his usually animated face would be drawn and he would simply lie down on the floor and not take part,” says Neil. “It turns out that the guy was just completely drained from a morning of interacting, sharing, talking, playing and trying to manage his social world. After taking the time to talk through Finn’s introverted nature, his teacher now lets him take time out in the book corner alone while the other children are outside playing, to simply gather his energy for the afternoon.”
Primary school teacher Nina de Beer agrees. “Many teachers – like parents – do not understand introversion and because the current school system is designed to value extroversion, children who do not fit that model find the school day much more trying. For me, I love to have a good mix of both extroverted and introverted children; they encourage each other to approach tasks differently. They also often make good project partners. Introverts are often the learners who bring really interesting questions and thoughts into the classroom,” she says.

“There is a word for people who spend too much time in their heads: thinkers,” says Cain. Introverts are the thinkers. Some of the most successful partnerships and businesses are created through a synergy of the two. Steve Wosniak – a classic introvert – teamed up with the outgoing Steve Jobs to create Apple. People on the introverted end of the spectrum tend to listen more than talk, are attentive listeners, say what they mean and usually only add to a conversation when they feel they have something meaningful to offer, preferring deep discussions to small talk. They prefer doing this in a comfortable setting and on a topic they feel passionate about.

The key to raising – and living with – an introvert, is to respect their style of interaction and to allow time to reboot during the day. This may be as simple as not bombarding her with “How was your day?” questions on the way home from school. Instead, let her stare out of the window in silence. As your child grows out of daytime naps, make this time a “quiet time” where your child can play, be alone in her room or sit and read a book. Avoid over scheduling with extramurals or play dates, and keep play dates and birthday parties to one or two close friends.
“It is also essential to get to know yourself,” says counseling psychologist Sarah van Olst, “so that you do not place your own discomfort onto your child, and learn to accept that your child may be different to you – and that is okay.”

Your child may have some introverted tendencies if he or she:

When To See an OT