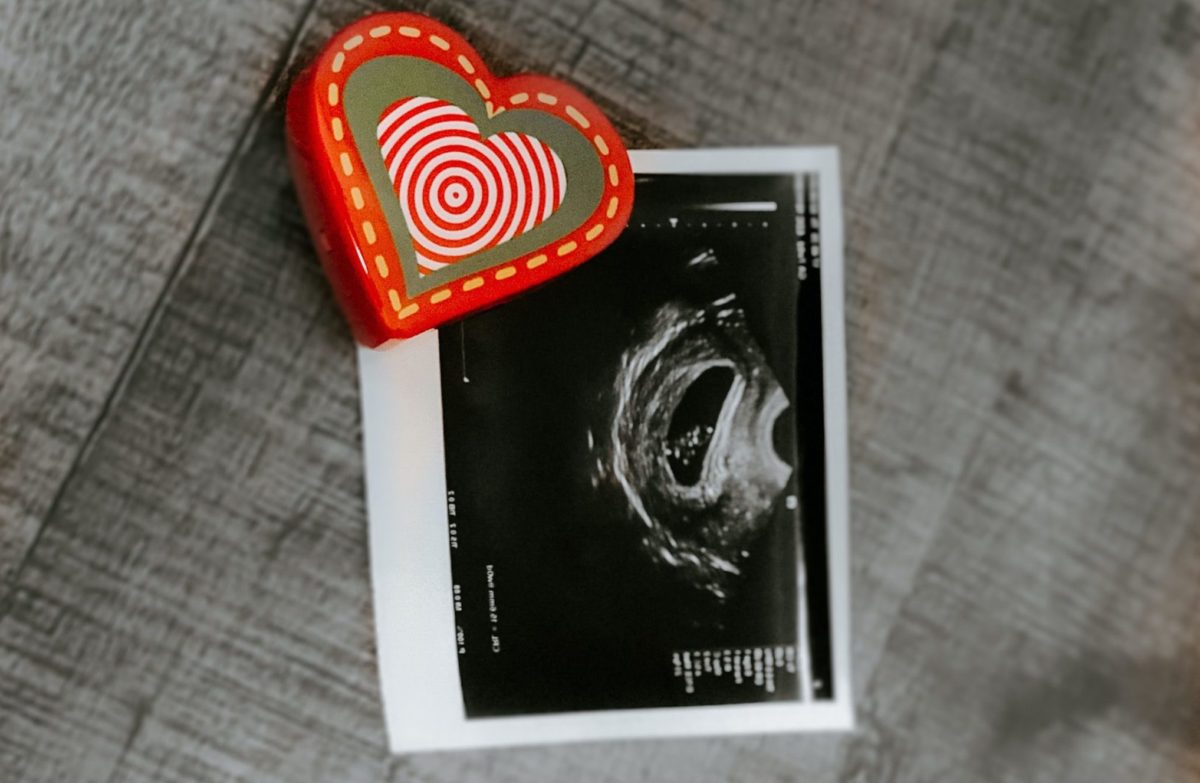 If this article serves to alert even one prospective mother to the danger an ectopic pregnancy poses to her life, and in so doing ensures that careful testing is done, I have done my job.

My story begins with a very bad pain on a long-haul flight from London to Los Angeles. It was painful enough for me to ask whether or not there was a doctor on board. An endocrinologist agreed to speak to me. After checking my blood pressure and pulse and receiving a description of the pain, and the timing of my most recent period, she concluded I may have ovulated and this had caused the pain. She assured me that some people have very painful ovulations although I had never experienced this. Subsequent to this episode, I enjoyed eight pain-free days in San Diego.

The next leg of our trip was to Perth to attend my brother-in-law’s wedding. We arrived at Los Angeles airport and checked in our luggage. We had a bit of time before boarding and I drank a vanilla coffee. I had hardly finished the last sip when I felt terribly nauseous. I bolted for the nearest rest room and positioned myself in a cubicle over the toilet bowl. At this point, an overwhelming pain descended and I could do no more than lie on the floor and wait for it to subside. I tried putting my feet up to ease the pain and sitting up with my head between my legs. Nothing worked. It was just sheer abdominal agony.

Eventually, the pain eased to a manageable ache and I was able to emerge from the rest room and look for my husband and son who were frantically pacing up and down about to crash the women’s toilets. Airport medics were called to examine me, and they found I had a remarkably low pulse, somewhat equal to a long-distance runner. In another instance, this news may have been flattering. That day it was not: it signaled concern. The medics, who were extremely helpful, cautioned that I should not fly until I had seen a doctor. They immediately bundled Michael and a bewildered 20-month old Noah into their vehicle and we drove to a clinic in the airport precinct.

After a reasonable wait, I was seen by a nurse who listened to my account of the symptoms, which had subsided to a dull discomfort free of pain. She took a urine sample, and, soon afterwards, informed me that I was pregnant. “Impossible,” I told her, “the timing of my cycle precludes this”. I had not missed a period. The nurse departed and returned a few minutes later with a second positive reading for pregnancy.

There was a brief and tearful moment when my husband and I looked at each other and wanted to celebrate. But it was tempered by the reality that we were in an airport clinic and something was wrong. Not that seeing the doctor brought us any closer to understanding what I had and what it meant. When the doctor eventually saw me, briefly, he didn’t bother to conduct a physical examination. He muttered something to me about being pregnant and that I needed an ultrasound before I could fly. The nurse explained that there were no facilities for ultrasound at the clinic and that the doctor had referred me to their much bigger sister hospital.

We were loaded into an ambulance, asked several questions by the paramedics, then dropped off at a public hospital near the airport in south Los Angeles. The medics suggested we wait inside the hospital, despite the overcrowding in the waiting room, “as it tends to get a bit rough outside”. Well, wait we did – with a thoroughly exhausted Noah in Michael’s arms and me sitting on my haunches. Eventually, after seeing more drug-overdose cases and wailing patients than one would ever want to see, it was 11pm, and word was that I would be seen in six to eight hours time.

We were exhausted and famished. We decided to check into an airport hotel for the night and try to find a less busy and more willing facility in the morning. After about seven phone calls and a protracted wait for taxis, which I now understand did not want to come to what could be seen as a bit of a dodgy part of town, a cab arrived and we set off. It was way past midnight when we eventually got to our room, and we needed to placate an almost deliriously tired child, with no bottle and no change of nappy. (The hotel offered to take us to a 24-hour store for a small fee: $50!) Michael took a shuttle to the airport to try to retrieve our bags, by which time Noah had exhausted himself crying and fallen asleep. I busied myself by trying to phone my gynaecologist in Cape Town, who was on leave, and a gynaecologist cousin in Houston, who I figured could at least manoeuvre me through the American emergency-medicine minefield.

After three hours sleep, a hearty breakfast and research done by my sister in San Diego, we made our way to Cedars Sinai Hospital in Beverly Hills. Shortly after my arrival, I was taken to an examination room for an ultrasound.

Most people who have given birth to a child in the past couple of decades will remember their first ultrasound: congratulations and the beautiful sound of a tiny little heartbeat. In my case, there were no such exclamations – just furrowed brows as a more senior colleague was called in to continue what must have been a 40-minute internal ultrasound. Then I was left with a warm blanket and my thoughts and still no certainty as to my fate, but with the word “ectopic” on my mind, as deciphered from the doctor’s scrawl on my exit form from the airport clinic. As the tears trickled down my cheeks, I waited for the emergency doctor, who confirmed the diagnosis and told me I required surgery.

Papers to sign, needle inserted into my arm, clothes off, hospital pinafore on. Agreement to a blood transfusion, if necessary. Yes, yes. I signed and signed, handing over the insurance paperwork to Michael with young Noah clinging to his side.

Eventually, I was lying down and feeling bad. I called a nurse. I started feeling really impatient. Where was the surgeon? Was a person I had never met before going to operate on my reproductive organs? I was tired of all the waiting and felt a sense of urgency for the surgery to begin. The doctor arrived, still in a collar and tie. He came over, introduced himself to Michael, Noah and I and started outlining very slowly and deliberately what may be encountered during the surgery, from the best to the worst-case scenario. I was feeling dizzy and out of sorts. I interrupted him.

‘Doctor, I am feeling terrible – really strange and terrible.’

He called the anaesthetist: “Has she had her pre-med?” perhaps thinking I had reacted to the medication.

“No”, was the reply. That’s the last thing I remember.

My left Fallopian tube had burst. I was bleeding internally. Within 15 minutes I was in theatre and two hours later I emerged. I had lost a litre of blood – just short of the amount that would have required a blood transfusion. When I awoke from my post-operative sleep, Michael was there to tell me the bleeding had stopped but the medical team was unable to save the tube. Noah was there too, to see that his mom was going to be okay.

It took a while for the information to sink in and I think I didn’t fully understand the danger until the surgeon spoke to me at length the following day. He quietly told me that sometimes he has patients who arrive with the same condition, but are already in a coma. He believed someone was watching over me and stopped me from boarding that long-haul flight. Hawaii is a five-hour flight from the United States coast and then there is really only the Pacific Ocean – with nowhere to land.

How to Prepare For a New Baby