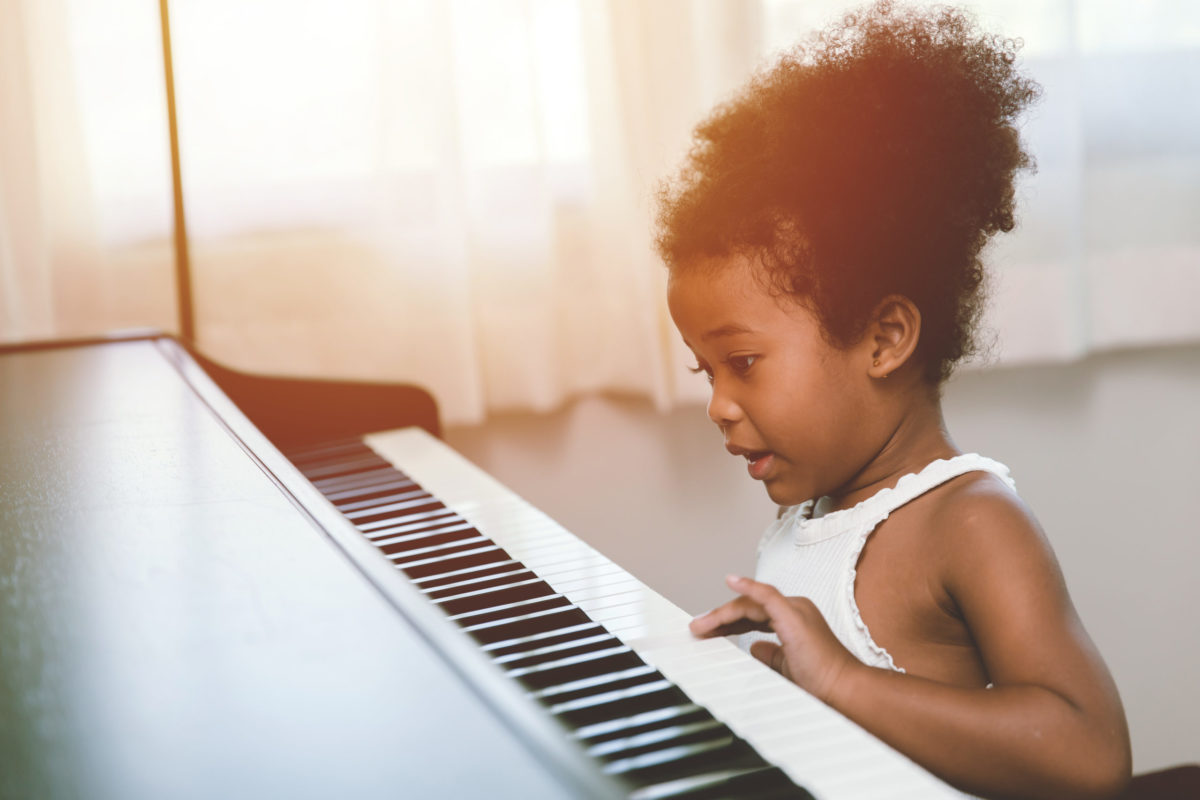 Whether acting in a play, singing a song, performing a dance, drawing a picture or writing a poem, the arts allow children and people to express themselves and their ideas without having to put them into words. It’s one of the many reasons why creative therapy has become popular, particularly for special needs children.

What it is… Art therapy gives the child a chance to express and explore their thoughts and feelings through producing their own artwork. Using art as a means of communication and self-expression is less threatening than using just words. The child’s artwork forms the focus of discussions between the child and therapist as it represents the child’s thoughts and feelings. The sessions should be led by the child at their pace so that they have the chance to explain what their artwork means or represents.

Case in point… Johannesburg-based art psychotherapist Samantha Davis tells how art therapy helped a seven-year-old boy with emotional and behavioural problems to identify his emotions in a useful way – as he found he could control the art materials he was using, he also found control of his emotions. Another eight-year-old boy living on the autism spectrum learned to communicate non-verbally through his free play with the art materials.

Who it helps… Art therapy provides an opportunity for children to play; it is confidence building and self validating. Insight, self-awareness and self-reflection develop as the child is given the freedom to experiment or creatively test ideas. Art therapy teaches the child creative problem solving, especially when they feel their artwork has turned out “wrong”. It has proved to be helpful for children with depression, emotional and behavioural problems, autism, ADHD, developmental delay and those with learning difficulties. 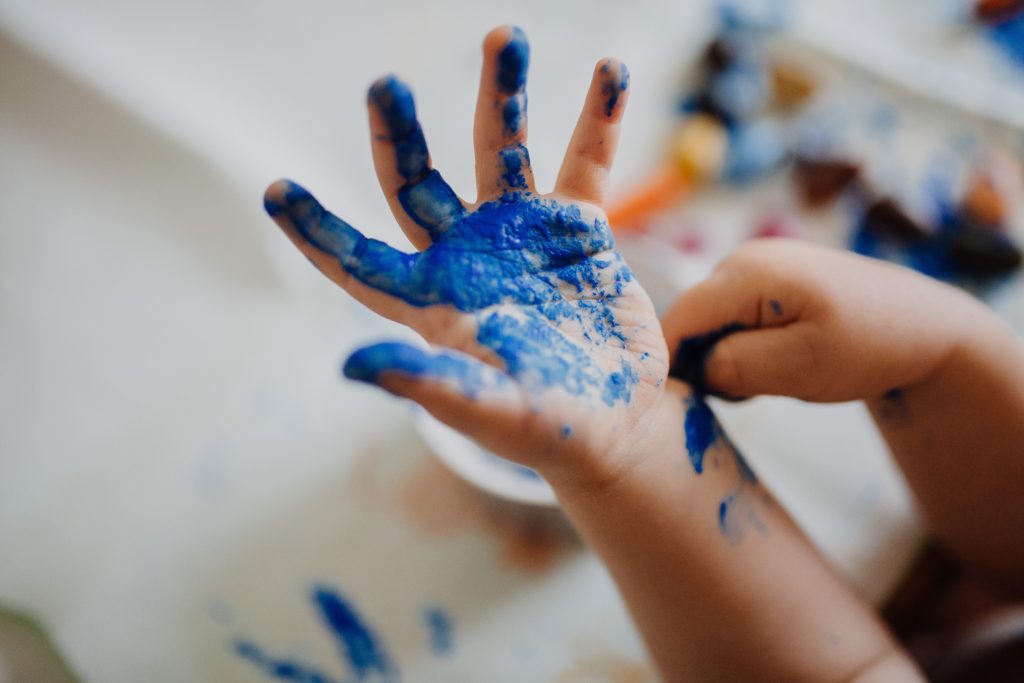 What it is… Drama therapy concentrates on play and improvisation, allowing the child to express their feelings and emotions in an unthreatening environment. The two main techniques used in drama therapy are role-play – where something in the story line relates to the child’s situation – and mask-making – the mask allows the child to hide behind the created character making it easier to face uncomfortable emotions.

Case in point… Johannesburg-based drama therapist Kirsten Meyer spent six months working with a group of HIV-positive children aged seven to 11 years to develop their emotional, social, and mental abilities. Kirsten describes how the role-playing gave the children enough distance from their HIV status to allow them to voice it for the first time, and vent over the issue of secrecy and disclosure within the group, as well as in their lives.

Who it helps… Through role-playing in a group setting, drama therapy can be good for a child’s social skills, teaching them how to tolerate others and how to better react to others and their differences. It is also helpful for children who have suffered from abuse of any kind. Allowing them to wear a mask can be a safe way for these children to bring their problem to the fore and to confront their emotions. It increases self-esteem and general confidence, builds up self-defence mechanisms and reduces disruptive behaviour. 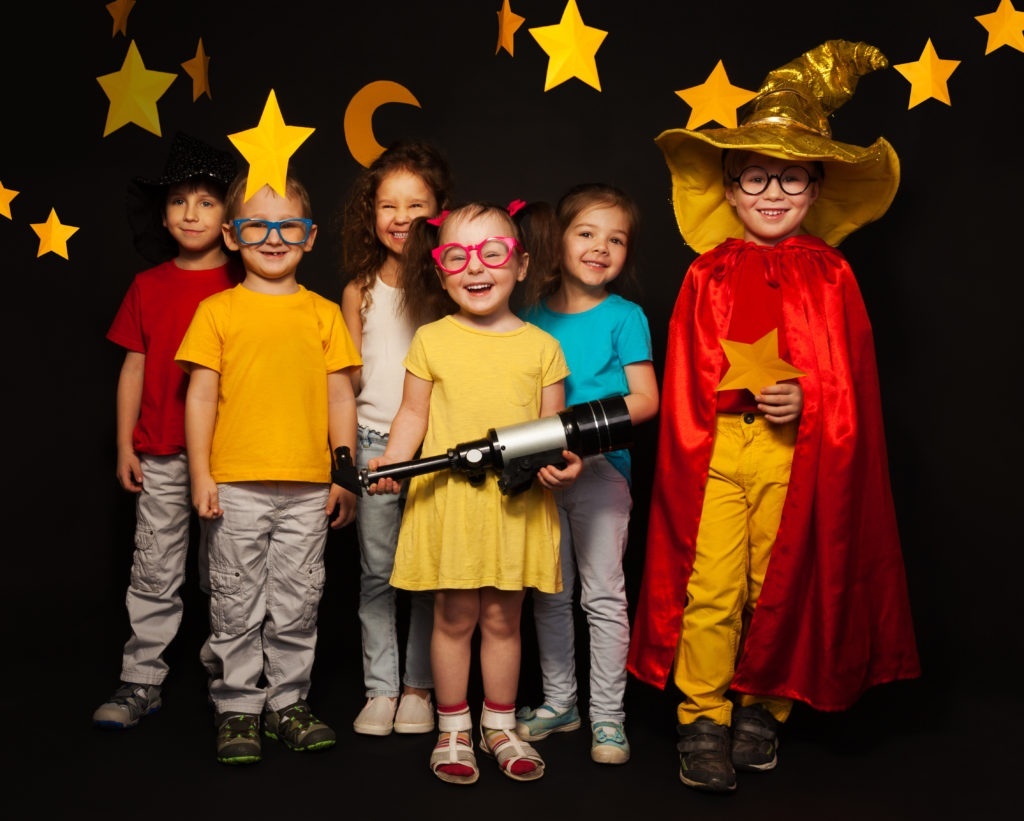 What it is… Music therapy uses music-making as a means of communication and emotional expression. This is achieved through structured activities such as singing, listening, playing instruments, composition, improvisation, movement to music, music and imagery as well as talking about the music or experiences in sessions.

Case in point… The Music Therapy Community Clinic was invited by the Cape Flats suburb of Heideveld to offer music therapy sessions to children who were dealing with a death in the family, were witnesses to violence, subject to physical, emotional or sexual abuse or had an absent parent. The various musical activities in the music-therapy programme helped the children deal with their trauma and process emotionally disturbing issues. It empowered them to deal with difficult life experiences in the future.

Who it helps… Music therapy aims to improve a child’s emotional and social abilities. Music therapists also work with children with learning disabilities, those with mental illnesses, the mentally and physically handicapped, the terminally ill and the traumatically brain injured. 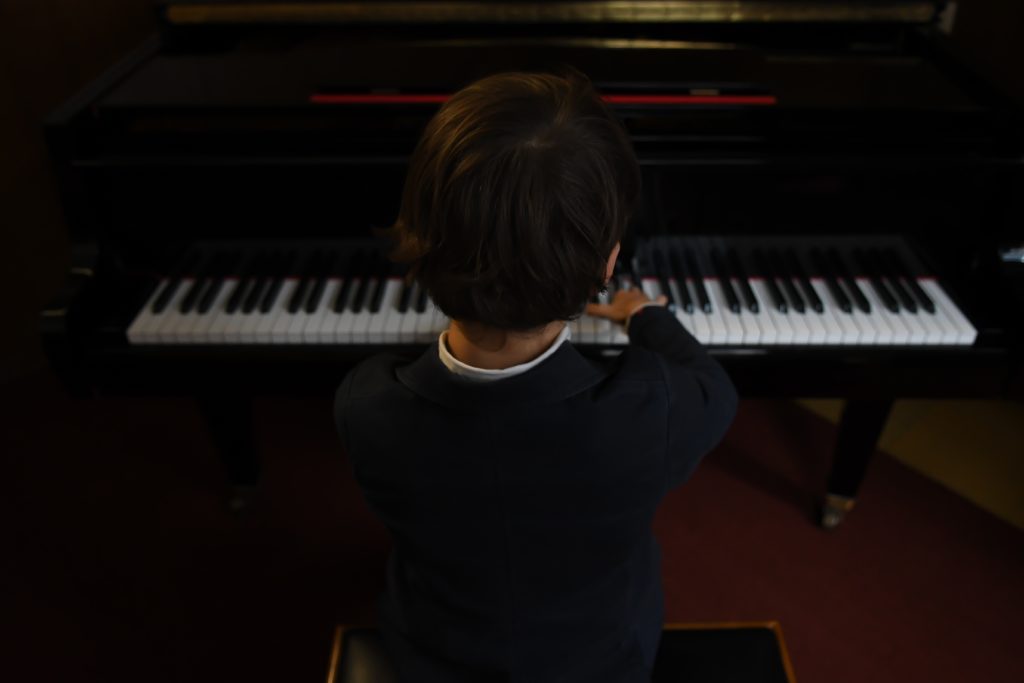 What it is… Play therapy uses games and toys to help children express their emotions, thoughts, wishes and needs. It works particularly well with children from three to four years old. Rather than having to explain what is bothering them, play in a non-threatening environment allows the child to communicate at their own level and pace. The child is thus able to feel at ease about getting in touch with feelings, which she may not be aware of or may be too scared to admit to or face. The therapist actively participates in the process assimilating stressful experiences from the child’s life in order to prompt the child to deal with them, says Stellenbosch-based play therapist Helene van Niekerk. A play therapy session usually involves activities to facilitate sensory awareness, helping them become more aware of their emotions and thoughts about an event or something that they might be worrying about subconsciously. These activities include smelling different things, touching a variety of textures, working with music, clay, paint, stories, puppets or sand.

Case in point… Helene describes how play therapy helped an eight-year-old experiencing separation anxiety. Helene asked her to make her sadness out of clay while she had her own clay puppet talk to the child’s “sadness”. This helped the therapist discover why she was feeling sad when she was separated from her parents and enabled the therapist to talk to the child about what she could do to empower herself. Play therapy helped the girl to discover what she was feeling and why, and helped her to feel more in control of her emotions and behaviour.

Who it helps… Children experiencing anger, loss, divorce, crisis and trauma, relocation, hospitalisation and chronic illness; those who suffer from anxiety, depression, ADHD and autism, and those with a wide variety of social, emotional and learning problems. 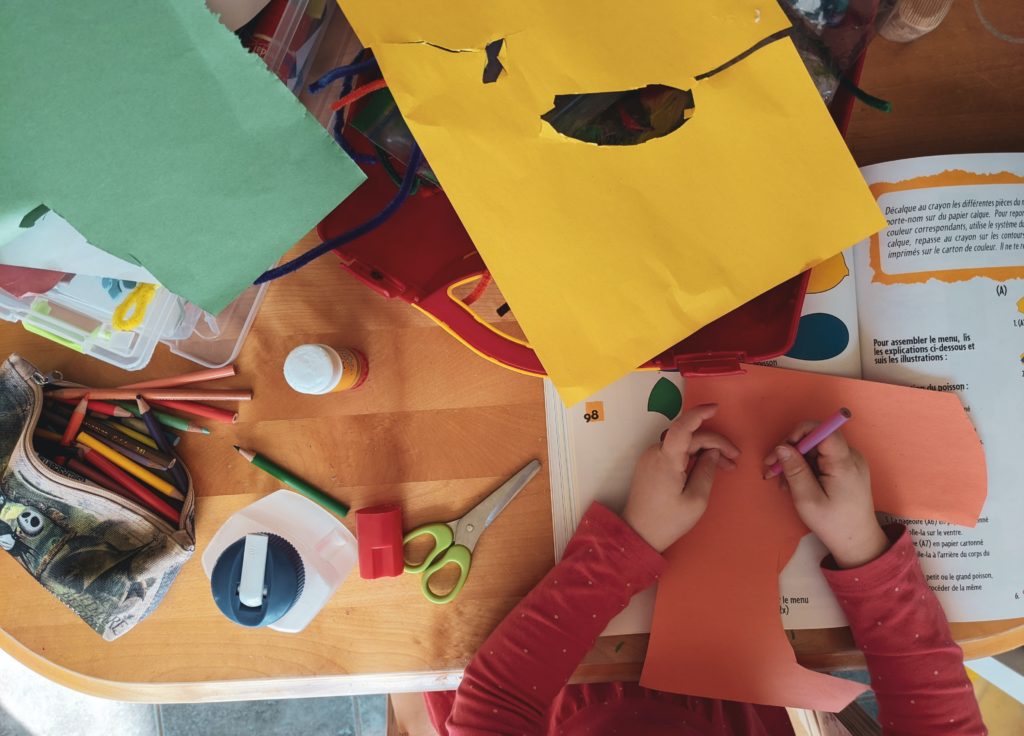 What it is… The poetry therapist assists the child in coming to terms with and expressing the meaning of their experience or disease by using and creating poetry. The focus is on the message and meaning of the poem rather than the words. Poetry therapy uses the rhythm, image, mood and metaphor of the poem to get through to the child but for poetry therapy to remain effective, says Clanwilliam-based poetry therapist Professor Wally Willies, “the process must be adapted to the age of the child”. For example, reading poems to a three-year-old might soothe away temper tantrums because of the rhyme and rhythm, but a 10-year-old will probably benefit from the content and style of a narrative poem. Poetry therapy trains the child to access the meaning of their own thoughts and feelings and to understand people around them.

Case in point… Wally describes how a four-year-old girl had become inexplicably disruptive as soon as lunch- or suppertime arrived. The counsellor and mother hit on the strategy of singing the girl’s favourite nursery rhyme “Hickory Dickory Dock” to distract her from her refusal. Wally says, “After a week of chanting this together, punctuating the rhythm with spoonfuls of food, the negative associations with disciplined eating changed through the enjoyment of rhyme, rhythm and positive anticipation.” Wally also explains how five weeks of poetry therapy helped create a more positive attitude in a 10-year-old boy who had become withdrawn and silent as a result of his parents’ divorce. Also how four sessions of poetry therapy helped an 11-year-old girl find a sense of calm and peace after she was hospitalised for a bone marrow transplant, and had become afraid of dying.

Who it helps… Poetry therapy will help the child to understand and make better sense of their situation, as well as their own thoughts and feelings. It is said to help those with obsessive-compulsive disorder, low self-esteem, those suffering from anger issues or any child in a circumstance where they feel emotionally overwhelmed. 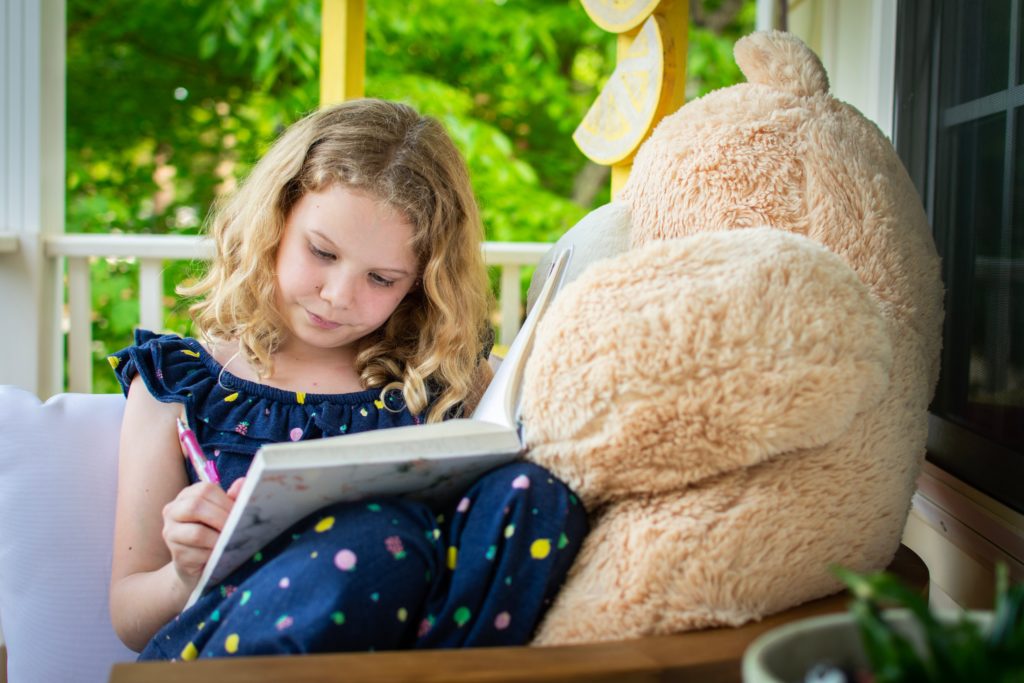 What it is… Sandplay therapy is a non-verbal form of psychotherapy, ideal for children from the age of six years. The sand represents the unconscious. The child unknowingly recreates their unconscious in the sand. This allows them to see their issues and, once recognised, to correct these themselves. Sandplay therapy allows the child to make use of miniature figures to create their own sand stories. The miniatures represent everything in the world, from religion and race to animals. Durban-based clinical, family and marital therapist Reyhana Seedat says “the child’s sand scenes go from chaos to struggle and finally to resolution – when the meaning of the child’s unconscious thoughts become clear”. The therapist observes and does not interpret anything to the child, which allows a child’s own realisations to surface and for recovery to take place in the child’s own time.

Case in point… Reyhana explains how an 11-year-old girl came to her with “failure to thrive” as a result of not eating, which was brought on by problems at home. The sandplay stories she created were centred on setting the table with food but her initial choice of table from the collection of miniature figures was a coffin. After the fifth sandplay session, she made a breakthrough and chose an actual table from the miniatures on which to place the food.

Who it helps… Sandplay therapy frees inner feelings and memories where the child regresses to past experiences, facilitating healing. Sandplay therapy breaks down inhibitions with spontaneous play, something that comes naturally to a child. Since sandplay is a creative form of therapy that doesn’t use talking, it allows for exploration and insight into deep emotional issues such as anger, depression, grief and for those difficult and deep-seated emotions arising from abuse. 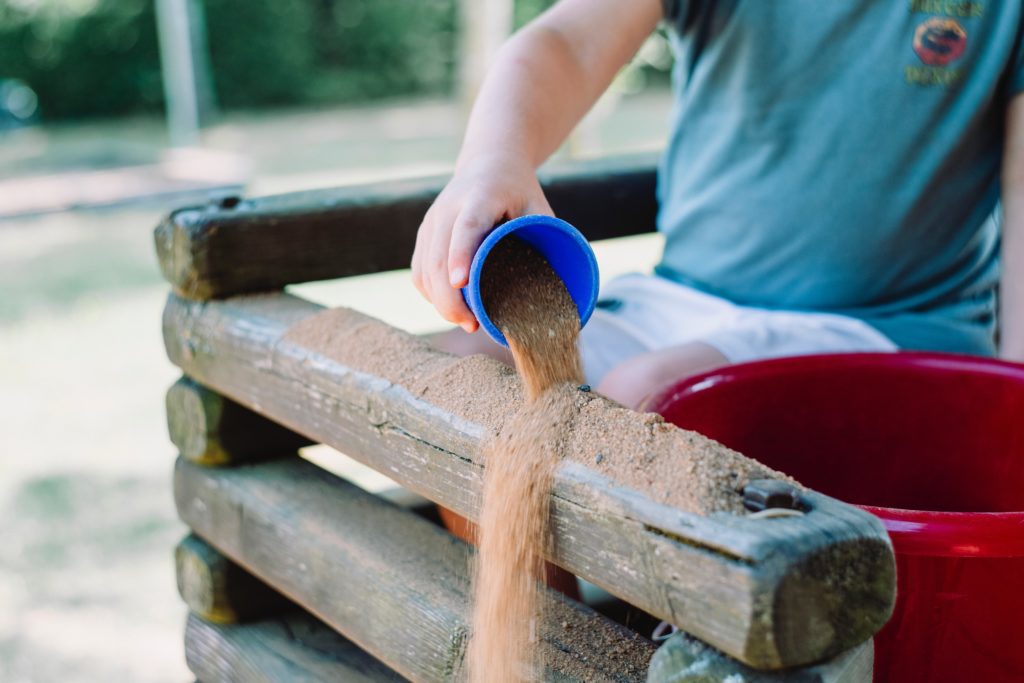 The power of animals

Although animal-assisted therapy doesn’t fall under the creative therapy heading, it’s very valuable in treating children. It is used in numerous healthcare facilities as an added therapy for cognitive improvement in children with developmental disabilities. The animals used for animal-assisted therapy must have a calm temperament and friendly disposition. They must be obedient, gentle, enjoy being with people and like to be stroked and fussed over. Animals used include horses, dogs, cats, rabbits, dolphins and elephants.

Of these, it’s worth highlighting horse therapy or equine facilitated learning (EFL), the essence of which revolves around the child being in the presence of a horse (more than caring for or riding a horse). This has a healing quality, making the child calmer, more communicative, and less likely to become fixated on negative events. EFL has shown to work effectively with ADHD children, who are able to focus on grooming or leading the horse, when they usually struggle to concentrate for long periods. Children with autism who are withdrawn will begin to express themselves, often using new words or gestures. Because of their relationship with the horse, the child starts to realise what they can achieve, and their overall self-esteem gets a boost. EFL also helps children with Asperger’s syndrome, bipolar disorder and severe antisocial and aggressive behaviour. It is effective with those who struggle to communicate, interact with other people and carry out instructions. 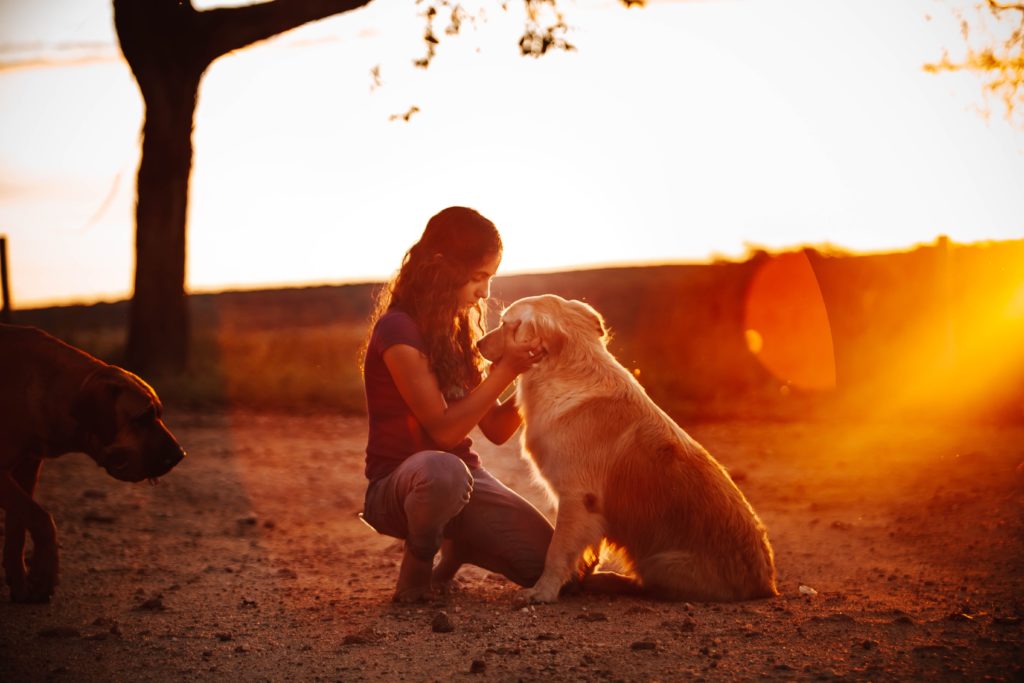 Bonding with teenagers in Joburg

Always Something There to Remind Me