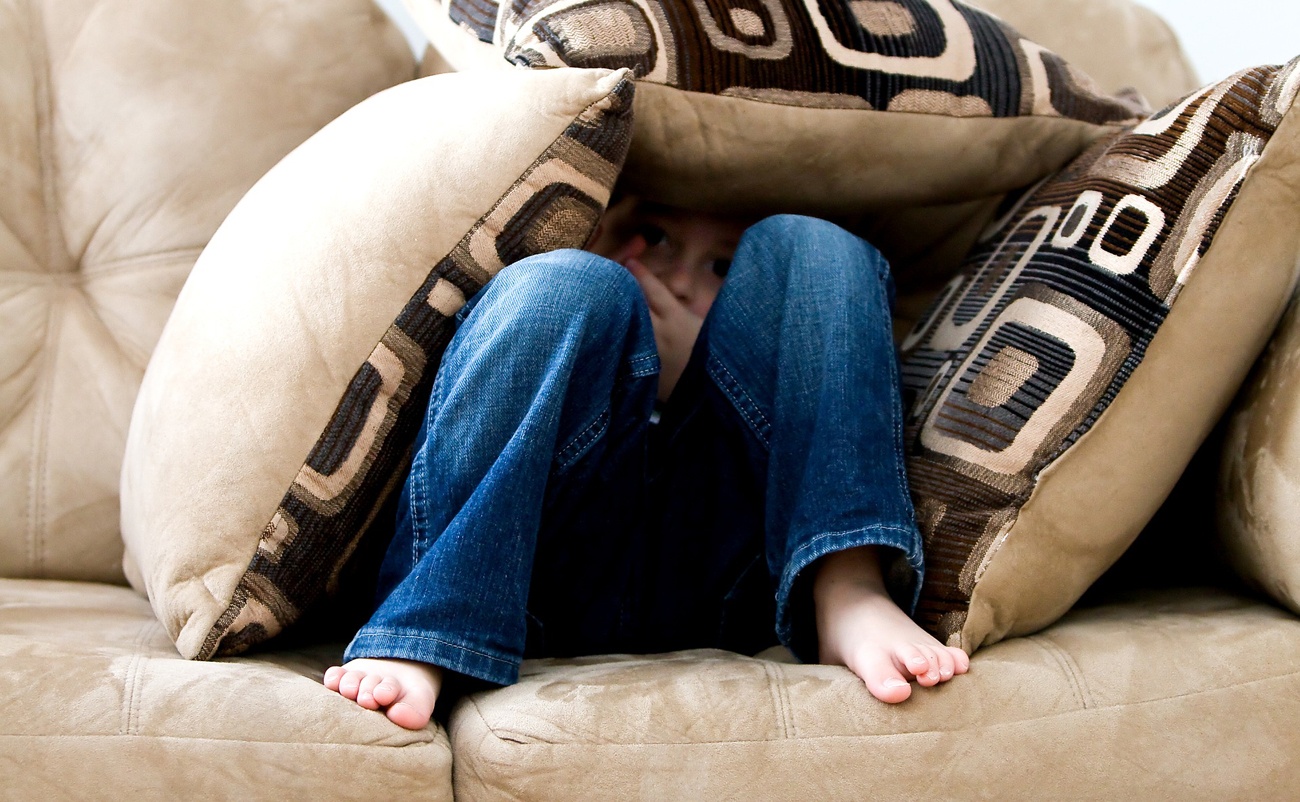 While fairly common, they can be debilitating, However, there are effective ways of dealing with childhood fears and phobias.

It’s not easy moving through the world when you’re terrified. Whether its monsters under your bed, creepy goggas or dark passageways, the fears are a real issue. While this may seem extreme and baffling to others, it’s deadly serious to whoever is experiencing the perceived threat.

“We all have fears,” points out Doug Symons, a clinical child psychologist at Acadia University in Canada. “When they’re excessive and begin to interfere with your life, we define them as phobias.” On average, about one in 30 children will develop a genuine phobia that meets the diagnostic criteria. These fears are persistent, last several months and could affect everyday activities, such as playing, going to school and interacting with others.

They can also develop at any time and persist for a lifetime. Thirty-year-old Tania, for example, loved dogs until she was attacked by one at the age of five. Today, she still breaks out in a cold sweat when she sees dogs and gives them a wide berth if she encounters them. “After all these years, I still experience an overwhelming need to flee when I come into contact with dogs,” she says.

From parent to child

According to psychologist David H Barlow, director of the Centre for Anxiety and Related Disorders at Boston University, writing for Time magazine, modern people learnt what to be afraid of and how to handle it from their ancient ancestors. However, while our distant ancestors may predispose us to phobias, it’s our immediate ancestors – specifically our parents – who seal the deal. He noted that as many as 40% of all people suffering from a specific phobia have at least one phobic parent. This suggests that phobias could be genetically influenced. There is as much data that suggests that watching Mom or Dad react with exaggerated terror at a cockroach is the kind of conditioning that can also create a bona fide fear.

In a 2011 study conducted at Rutgers University in the US, experts determined that we learn an aversion to creepy crawlies in the first years of our life. During the experiment, seven-month-old babies were shown two videos, side by side, one of a snake and another of a non-threatening animal. At the same time, the babies were played a recording of either a fearful human voice or a happy one. The infants spent more time focused on the snake videos when listening to the fearful voices. But, they showed no signs of being afraid, the researchers reported.

In phase two of the study, three year olds were shown a screen of nine photographs and told to pick out a named object. They identified snakes more readily than flowers. They also quickly picked out other animals that looked similar to snakes, such as caterpillars and frogs. The children who were afraid of snakes were just as fast at picking them out as children who had not developed a snake phobia. “What we’re suggesting,” say the study experts, “is that we have these biases to detect things like snakes and spiders really quickly. Plus,  we associate them with things that are yucky or bad, like a fearful voice.”

Lori Cohen, a Cape Town mother of two, makes a strong case for teaching her children to have rational fears. “They need to know it’s okay to be frightened of things. However, I also encourage them to try anything once. If they don’t like it, they don’t have to do it again. But, I’d never force them to pick up a snake if they didn’t want to. I’m not thrilled about holding reptiles, but I do it to show my children that I also try things I’m scared of. And, it has helped me overcome my fears.”

Clinical psychologist Beverly H Smolyansky gives some valuable advice on how to help you manage your child’s anxieties:

Validate your child’s perception as their reality

Dismissing or downplaying their fear might make them feel worse. Try to justify their feelings without saying it’s right or wrong.

Children pick up when their parents are anxious or afraid. If you jump on a chair when you see a spider, it’s going to be difficult for your child to overcome their fear. Try to remain calm and mimic positive behaviour.

Educate yourself and your child

Children and adults feel better equipped to handle the unknown or unexpected when they’re educated on the topic. Do the research and discuss your findings. It may allay both your anxieties.

When you and your child encounter a bug and they show fear, try to rationalise with them. Ask who’s bigger, them or the bug? Who’s stronger? And give them the words to say to themselves: “I can do this. It’s just a little bug.”

Start off by observing

Watching an insect and seeing what it does is a great way to expose your child to it without it being an overwhelming experience. Don’t try to force them to let a spider walk on their hand. If they scared of heights or taking their feet off the ground, don’t make them climb to the top of the monkey bars. Expose them slowly and methodically.

Remember that while childhood fears are fairly common, if it’s debilitating in any way, it’s probably best to get help. Find out more about how to deal with fears and phobias here. However, it is always best to start by discussing your concern with your paediatrician, who may refer you to a clinical psychologist.

Allergies: When Food Bites Back

The Wonders of Floortime