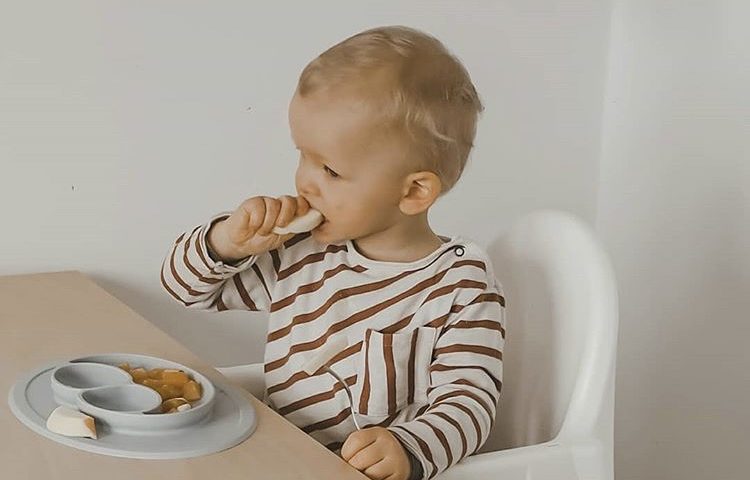 There’s a lot of conflicting advice when it comes to starting your baby on solids. Here’s what you need to know about weaning your child onto solids.

So you’ve mastered the art of whipping out your breast as your baby’s hunger pangs kick in (or perhaps you’ve finally got your bottle-sterilising routine waxed), when it hits you: babies probably can’t live on milk alone! And while milk is vital to their diet in the first nine months, sooner or later you need to suck it up, invest in a good blender, some teeny Tupperware, and introduce your child to one of our most pleasurable pastimes. Here is your weaning onto solids 101 guide.

The consensus on when to wean among the World Health Organisation and paediatric associations is from the age of six months – and not before four months old. This is striking, considering a recent South African Demographic Health Survey finding that 70% of babies in South Africa are weaned as early as four weeks.

What about milk feeds?

Introducing your baby to solids doesn’t mean ditching the milk feed. According to Joburg nurse, Sister Shaye, solids should be given between feeds and not just before. So if your baby wakes at 6am, you’d give them cereal at 8am (two hours before the next milk feed), so the milk isn’t rejected due to a full tummy.

According to Dr Hay, cow’s milk and goat’s milk are not appropriate under nine months due to their low iron content. Soya formula contains phytoestrogen, which isn’t suitable for babies younger than six months.

The stages of weaning

Begin with rice cereal – not more than two or three teaspoons. Continue until your baby can handle the spoon and enjoys the experience.You can then move on to veg and fruit. Bananas and avos work well. Steaming and puréeing your own veg is ideal, but don’t add milk or butter. You can thin it down using breast milk, formula or a little plain, full-cream yoghurt. Try one food at a time over a period of two days or so, which helps you notice allergic reactions.

Your baby should by now enjoy a mature and mixed diet, so three meals a day, with drinks and snacks, is appropriate. By this stage, milk is only a drink. There is now a critical window for introducing textures by 10 months.

In Raising Superheroes (Real Meal Revolution), Tim Noakes, Jonno Proudfoot and Bridget Surtees challenge ingrained dietary beliefs, advocating a low-sugar, low-refined-carb food lifestyle. The book has an entire chapter on weaning, answering important questions like what foods should come first and how much your six-month-old should be eating. Read on for some snack ideas and how to approach food allergies. Raising Superheroes is available from all good bookstores for R330.

One of the most common fears among parents of young children is the threat of allergic reaction. It’s a reasonable one, too, as a reaction could range from a minor runny tummy to life-threatening anaphylactic shock. Naturally the risk is particularly high when weaning, as your baby comes into contact with foods he’s never tried before. Unfortunately this is yet another contested realm of the science and art of parenting. When is the right time to introduce a certain food? Is early exposure worse than late exposure? Which side is it safer to err on?

New evidence suggests that withholding high-risk allergenic foods in no way helps prevent allergies in children. In fact, there are theories that suggest that by withholding foods such as eggs, peanuts, shellfish and the like you can actually be encouraging allergies to these foods. The hard evidence is still lacking, but the modern consensus – as summarised from national guidelines in the UK, Canada, Australia and New Zealand – is, at least, sensible and practical. Unless a child’s family has a history of allergies, eczema or asthma, specifically in the parents (you or your partner) or his siblings (your other children), the risk of reaction is considered slim and you can give foods freely. None of the four countries’ guidelines differentiates between allergenic and non-allergenic foods, though they all recommend introducing one food at a time so as to be able to identify a problematic food, and waiting between one and four days before introducing a new one. If you have a particular concern you should consult a professional and consider introducing high-allergenic foods in a controlled environment.