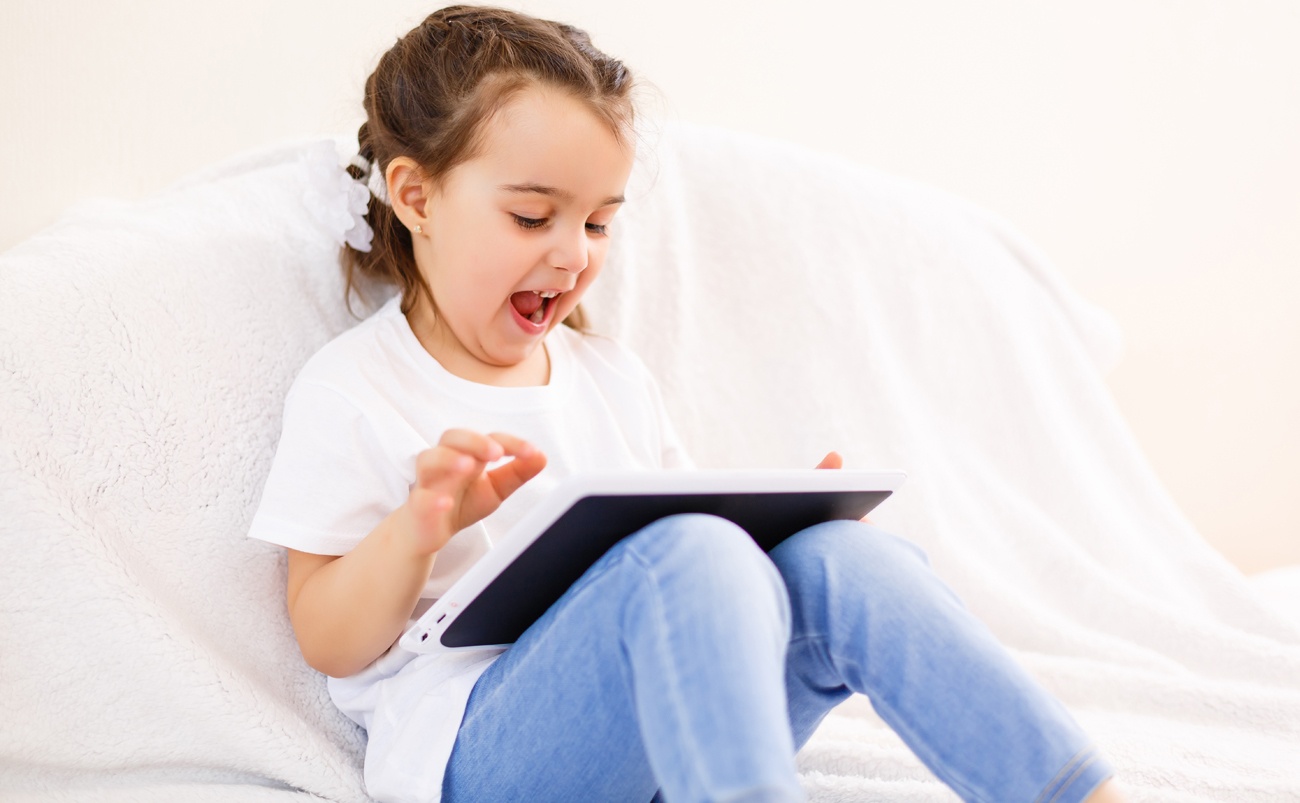 My five-year-old son’s face is alight with that wonderful mix of concentration and the joy of achieving. Matt is doing a puzzle on his iPad. Using one finger, he slides the puzzle pieces into place with great ease, showing that his mind can see exactly where the pieces should go. Matt has a rare genetic syndrome that results in global developmental delay with fine motor and speech difficulties. He enjoys doing real puzzles, but his hands often let him down. Sometimes it takes him five or six frustrated attempts before he eventually gets the piece in place. That’s a whole lot of effort for one successful puzzle piece placement. But the iPad offers him movement at a flick of his finger, allowing him to achieve tasks free from the limitations of his fine motor difficulties. As Matt’s physiotherapist, Pamela Hansford, explains, “The iPad is an exciting tool which puts ‘fun’ into ‘function’ as it reduces the effort required for a task while increasing the success rate.” Children need to experience success to confidently engage with the world around them.

We bought Matt an iPad to support his communication efforts, but you can use any of the other tablet computers that are available, such as the Blackberry Playbook or Android devices. When Matt was four years old, his receptive language was far more advanced than his expressive language. He was mostly unable to speak, but could communicate using some signs. Although our family understood his signing, most other people did not. This is where the iPad has proved useful. Coupled with the augmentative communication application, Proloquo2go, it functions as a speech-generating device. But, unlike other communication devices, it is significantly cheaper and more versatile. As Matt presses a picture on the screen, the iPad speaks that word aloud, enabling him to communicate his thoughts and express his needs. One can customise by adding any number of pictures, uploading personal photos, and categorising them in different ways to make it easy to navigate. It’s simple to programme and allows the user to put together whole sentences. Now anyone can understand Matt.

Hansford has also seen the positive benefits of using a tablet computer with a young girl who has severe athetoid cerebral palsy. Let’s call her Katie to respect her privacy. Katie has the potential to learn, but her physical challenges make it hard for her to function independently and she requires physical support for most daily activities. It was Katie’s speech therapist, Deborah Stodel, who introduced her to the iPad. Initially Katie was scared by its bright lights and sounds. Stodel helped desensitise her to this sensory input and now she uses it for reading, drawing, spelling, piano playing, problem solving and listening to music. “Katie delights in being able to achieve ‘pen and paper tasks’ with ease, accuracy and speed for the first time in her life,” explains Hansford. “The iPad is supporting transformational change in her daily life. For example, she no longer expresses her needs by issuing short, gruff demands, but is now able to frame polite requests.”

Tablets are easy to handle, which motivates children like Matt and Katie to participate in the learning process. When it’s difficult to move your body, you are often reliant on others choosing your activities for you. With the tablet being so simple to manipulate, children can choose which application they want to use, giving them control over their own journey of exploration and learning.

Adults with disabilities are also taking advantage of the potential that this technology offers. Cape Town mother Lynda Heyneke has a visual impairment which makes reading almost impossible. One of her great sadnesses is that she can’t read a bedtime story to her young son, something that she feels deepens the intimacy in a parent-child relationship. Technology has offered her a solution. Lynda has downloaded books that can be read aloud. Now the two of them cuddle on his bed, the iPad on her lap reading a story aloud on her behalf, her little boy loving the pictures and hearing the words and enjoying the warm company of his mom – a precious human interaction that has been made possible through this technology.

Stodel has integrated technology into her work with children with autism, Down’s syndrome, learning difficulties and other developmental problems. She loves how user-friendly tablet computers are and how highly motivating it is for children to learn using these gadgets. One can download thousands of applications, many of which are free, so there is something for everyone.

Although she thoroughly recommends it as a therapeutic tool and an educational device, she offers some cautions. Some children become so engrossed with the tablet in their hands that they make less eye contact and engage less with people, which is counter-productive in children with autism who struggle with relating. Other children with obsessive-compulsive tendencies may become fixated with it, throwing tantrums when encouraged to engage in other activities. There have been some articles claiming that these computers work miracles, but Stodel brings perspective by reminding us that, as with all tools, they are only as effective as the person who handles them. Similarly, they only become remarkable empowering tools when the child’s team of parents, therapists and teachers facilitate it well. A helpful hint Stodel offers is that one should ensure that the applications are in line with the child’s developmental goals, thereby providing enough challenge so as not to be boring, but not too difficult so that there is no chance of success.

What is so meaningful for us as parents is that, through Matt’s interactions with the iPad, we are able to see what he is indeed capable of. Before, when he was trapped by the limitations of his body, we would only see glimpses of Matt’s potential. The iPad removes the confines of hands and a mouth that just won’t do what he wants them to, and allows him to show us how much he really understands. As much as Matt loves the ability to achieve, we love being surprised by his achievements.