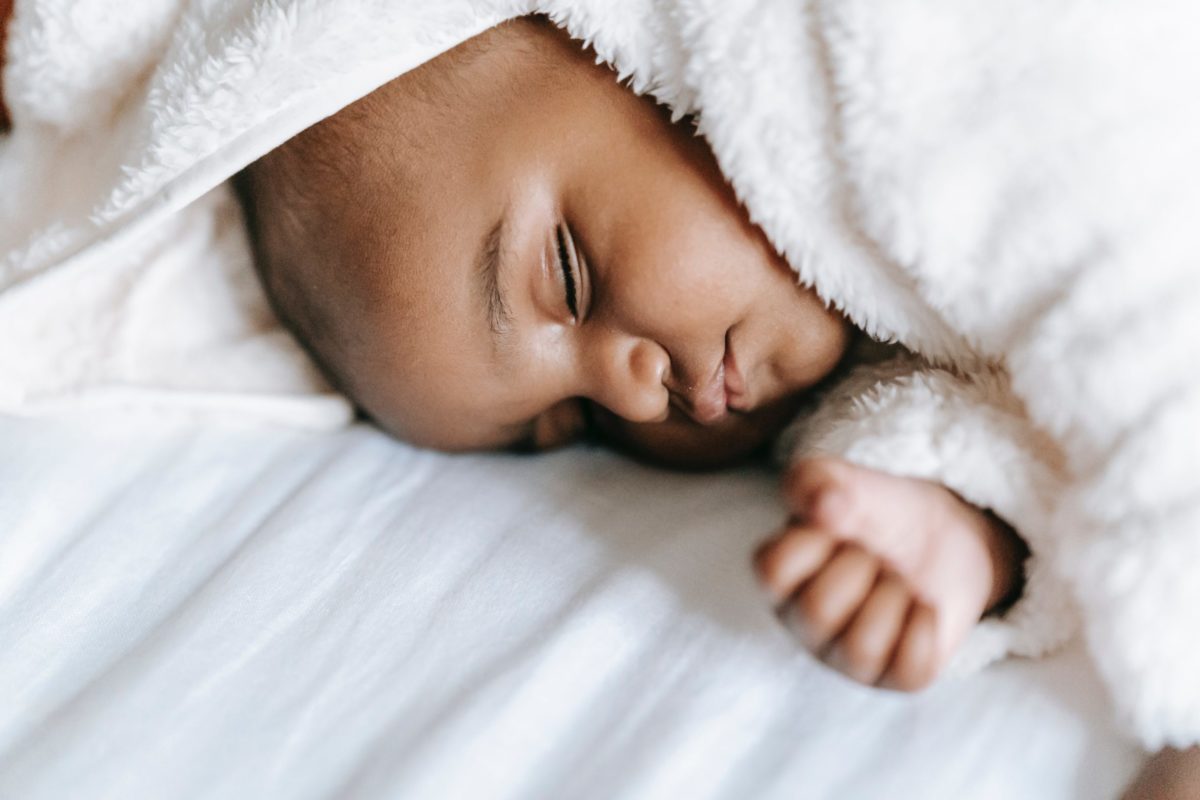 Want to get your child to sleep like a baby? We look at the different options for getting them to sleep.

That old saying, “there are many ways to skin a cat”, came to mind when I started researching the most beneficial practices to encourage the little one to sleep like a baby.

Canvassing opinions from exhausted parents of babies under a year old will reveal huge variations in what set the tone for restfulness.

There’ll be mention of the type of bed linen used, the most suitable sleep environment or whether a baby shared their bed. Even defining what is “normal” sleep behaviour varies widely.

I remember stressing about this with my six-week-old son, when pacing or rocking seemed the only way to get him to unwind. Michelle Baker, a Durban-based clinical psychologist, says these actions can help. “However, 90 percent of that is the parent’s anxiety about other issues,” she says. Parents might find it difficult to put baby down in a cot, even with a monitor nearby, because of their own issues about cot death.

Jenni Johnson is a  Johannesburg clinic practitioner, nurse and midwife specialising in parenting sleep issues. She believes that babies younger than one month old cannot be spoilt. But children older than that will form habits quickly. “The earlier a baby is given the skills to settle themself, the better,” says Johnson. “However, babies and children can be taught these skills at any age. Sleep routines are best thought of as giving the child the gift of quiet time and sleep, rather than as a rigid routine.”

Megan Faure and Ann Richardson’s Baby Sense and Sleep Sense books emphasise equipping young babies with skills to “self-calm from an early age, at even a few weeks old” to aid sleep. This means parents should not react to a baby’s every murmur. Instead, they should encourage baby to suck their hands, a dummy or a blanket. I took their advice on board.  I also created a “visually soothing” sleep environment, with darkened rooms, monotonous background noise, and a firmly swaddled baby for the first few months.

Johnson says swaddling seems more successful in colder climates. “Most local babies I treat only find swaddling comforting in the first week or so, particularly if they’re unsettled. A baby that is settled and encouraged to fall asleep without much assistance will sleep more soundly. They’ll also sleep for longer and will be less niggly when waking.

“One of the best gifts you can give your child is the skill of falling asleep on their own. It’s the foundation of independence and security.”

The Baby Sense authors recommend instilling wake and sleep routines and avoiding over stimulation before bedtime. These include limiting periods when the baby is awake and avoiding too many stimulating mobiles and pictures on walls for babies less than three months.

A friend whose baby cried often, resisting sleep, battled to find a remedy. She eventually sought professional help and the child was diagnosed with silent reflux. After trying several other methods, this mom used the customised approach of Erica Neser, Stellenbosch-based lactation consultant and author of Sleep Guide for Babies and Toddlers. “I gather information and try to provide parents with a broad range of opinions because there can’t be only one way that works. I’m sometimes a lone voice, but I’m a little gentler in my approach.”

The issue of babies co-sleeping with their mothers often provokes prickly reactions. Neser is all for it, believing many sleep problems developed through an insistence that babies should sleep alone. “Human babies have slept close to their parents for thousands of years. There is plenty of evidence that it’s beneficial for both mothers and babies to sleep together,” she says.

Find more tips on how to get your child to sleep.

Neser says we should accept children’s night waking niggles. These issues will work themselves out over time.

She quotes statistics suggesting that around 80 percent of three-month-old babies, 75 percent of six month olds and 50 percent of one year olds, need help to fall asleep again at night. “We should see night waking as a healthy, normal part of child development. It is not necessarily a ‘problem’ that needs to be fixed,” she says.

Her advice is at odds with many experts who instead coax babies to “sleep through” without interruption. For busy working parents, this is often a practical expectation. “I’m not willing to set a cut-off age if it feels right to the parent,” she adds. “I wouldn’t see it as abnormal if a one-year-old baby is still rocked to sleep, or if a two-year-old wants mom next to him to fall asleep. Likewise with a child aged four who needs a massage to help him wind down.”

Studies suggest that babies with sleep issues are more likely to have sleep difficulties as toddlers, compared with babies who sleep well from early on. A medical survey of over 250 mothers, done in Ohio, found that 1 in 10 children under age three had sleep problems. Such problems included nightmares, waking, trouble falling asleep, or an inability to sleep in their own bed. Those who had no sleep problems as babies, usually developed no problems when they were older. However, 21 to 35 of every 100 babies with sleep problems had sleep issues later on.

Read about how much your sleep your child needs.

Neser often counsels clients against slavishly following practitioners’ recommendations. “No expert or family member knows your baby better than you do. So, ultimately, I focus on helping a parent find what feels right. “Even if all the sleep strategies are ‘wrong’, most children will grow out of what they’re doing by age three or four. Parents often need permission to trust their own instincts.” She makes a good point.