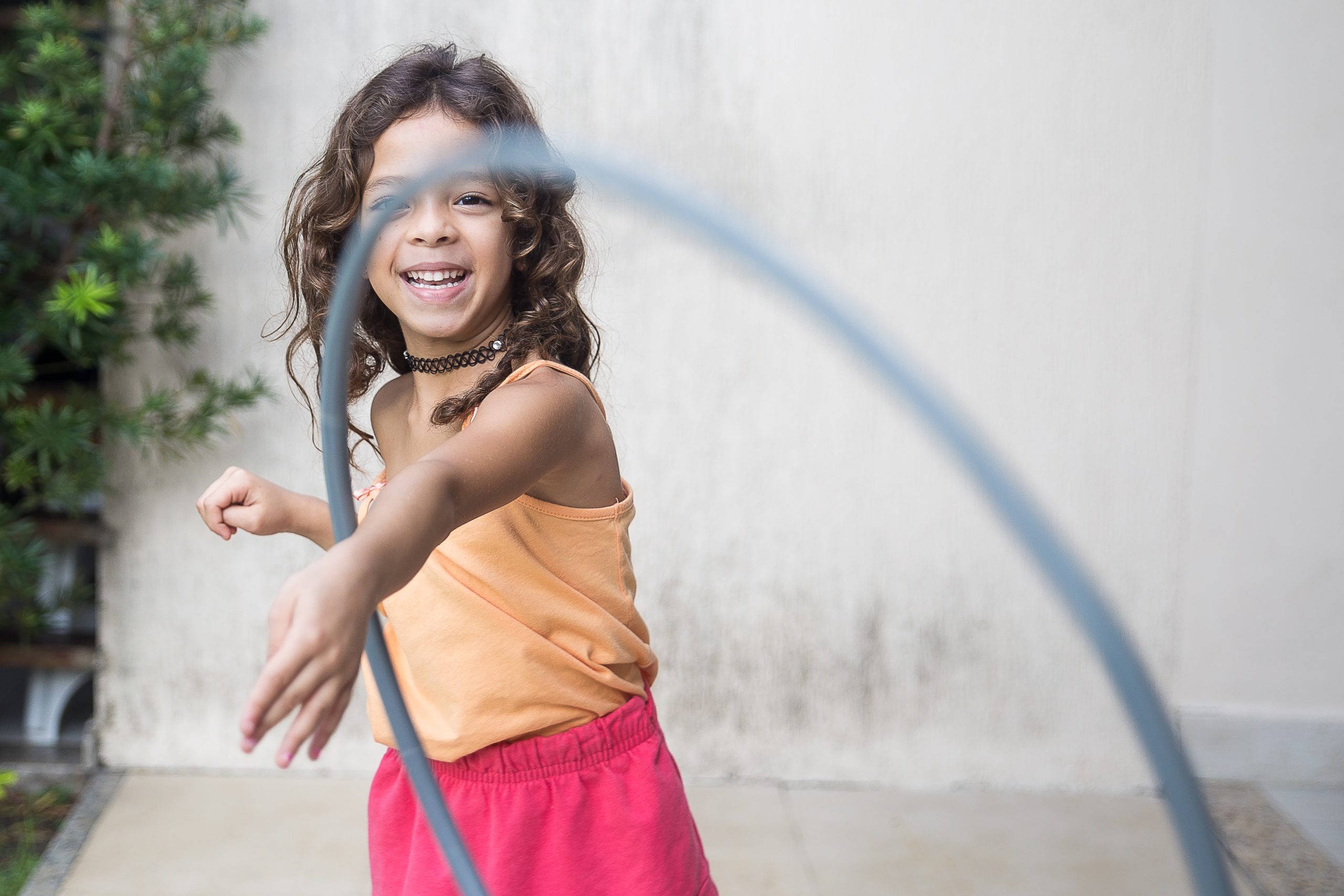 Children develop gross motor skills by climbing, running, jumping and playing. This helps to build upper body strength and muscle tone, so their bodies are supported while they work and play.

Help children develop their gross motor skills by playing these games; they’ll have lots of fun when they play big!

Children can throw a ball or beanbag to one another, or make it a bit more interesting by bouncing the ball, turning around before catching, clapping hands after throwing or fitting in other actions.

Let children act out book or movie names without speaking. For younger children, use pictures instead of words, and do simple actions such as running, sitting, laughing or jumping.

As you sing the song “Heads, shoulders, knees and toes”, children touch that body part. “Hokey Pokey” also works, mix it up by changing the body part in each new verse.

For “Ring-a-ring-a-roses” children hold hands, turn in a circle and then fall down when you get to the part that says “We all fall down”.

You can look for the words and variations online.

Simon Says: one person is Simon, and he tells the others what to do by first saying “Simon says …” Go for big movements, such as “Simon says jump up and down”, “Simon says walk like a monkey” or “Simon says hug yourself”. If the instruction doesn’t start with “Simon says”, the other players mustn’t do it. If someone does follow the instruction, they then become Simon.

Wolfie, Wolfie, What’s the Time?: players stand at one end of the garden and call out “Wolfie, Wolfie, what’s the time?” The player who is Mr Wolf stands with his back to the others and calls out a time, such as 10 o’clock. The other players then take 10 steps forward, or as many steps as correspond with the time. When Mr Wolf thinks the other players are close enough, he calls out “Dinner time”, turns and chases the others. The one he catches becomes the next Mr Wolf.

Make children walk across a low balance beam or along a rope or line on the ground. They can walk along it in different ways, or you can place ropes in different patterns such as zigzag or curves.

Using chalk, draw a series of squares on the pavement and number them in sequence. Give the child/children a pebble or coin. They must throw the coin into the first block and then, missing the block with the pebble, hop through the other blocks, picking up the pebble on the way back. Next, she throws it into the second block and goes again.

Create a maze in your house by stringing up ribbon across a passageway, so it looks like laser beams. Make the pattern varied, so your child will have to go up and over as well as down and under. Get your child to manoeuvre her way through the maze without touching the ribbon.

Club together when school is out

Recreate The Olympics In The Backyard

Get out the Toys, It’s Playtime