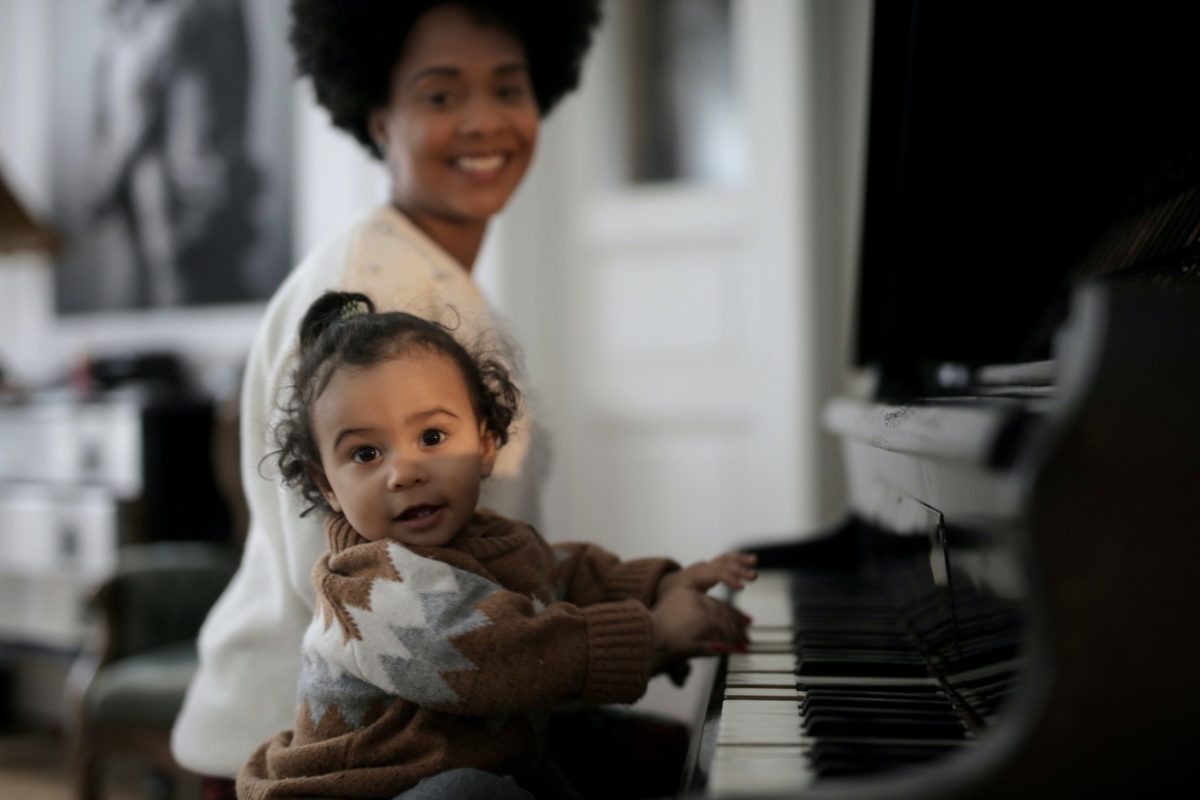 Lullabies and sing-a-longs – music is like magic for a child. It calms them and aids learning and development.

There’s something deeply healing about music: it relaxes you, speaks to the soul and plays on the emotions.

Remember that fascinating video that did the rounds a few years ago? The one of a baby, who became teary as his mom sang a Rod Stewart ballad to him?

Laurel Trainor, a professor of psychology, neuroscience and behaviour and director of the McMaster Institute for Music and the Mind (MIMM) in Canada, explained this in an interview with National Geographic. She stated that research has shown that the ear is very mature at birth and that an infant can distinguish between major and minor chords.

As many people understand minor chords to sound sadder than major chords, was the “emotional baby” able to comprehend the sad content of the song? I imagine this question was the reason the video went viral.

Cape Town-based parents Lauren and Jeff Green found that their twin girls,  born at 30 weeks, would respond well to music in their environment. Be it on the radio or simply their parents singing silly songs to them. “Often, those silly songs were the only things that stopped the crying.”

Around the time the twins were turning eight months old, the Greens heard about the launch of a music programme for babies. The girls’ sensory processing development needed addressing and having read about the benefits of music classes from an early age, the Greens felt it would be a wonderful opportunity for the girls. The impact from the first class was nothing short of profound. “Julia, a typical cry baby, sat alone unassisted for the first time, during the entire class. She was riveted.”

Music class became the highlight of their week, not only for the obvious enjoyment, but also for the developmental improvements. These included sitting still, paying attention, group participation, remembering songs and storylines and understanding and correctly interacting with the different instruments. “And,” adds Lauren, “the girls learnt counting and colours quickly because the information was put to song.”

A catalyst for learning

In the early 90s, The Mozart Effect was brought into public light. The concept suggests that early childhood exposure to classical music has a beneficial effect on mental development, enhancing intelligence, learning and creativity.

However, the theory that playing classical music to your child makes them smarter has led to further research.

“There is no evidence that listening to classical music has any more benefit than listening to any other type,” says Trainor. Rather, she emphasises that whatever sensory experience infants have affects their brain development and music is no exception.

In a 2012 study conducted by the institute, babies and their parents spent six months participating in one of two types of weekly music instruction. One class involved interactive music-making and learning a small set of lullabies, nursery rhymes and songs with actions. Parents and infants worked together to learn to play percussion instruments and sing specific songs. In the other class, infants and parents played at various toy stations while recordings from the Baby Einstein series played in the background.

While both class types included listening to music, babies from the interactive classes showed better early communication skills. They also smiled more, were easier to soothe, and showed less distress when things were unfamiliar.

Even though the infants heard a similar amount of music at home, a big difference between the classes was the interactive exposure to music.

Got the music in you

Cape Town-based mom Kirsty Savides and Joburg mom Magdalene Minnaar are both musical, which naturally flowed into their parenting. The way they integrate music into their children’s lives is simple enough for any parent to consider. Kirsty exposed her son to music in utero. “I was teaching piano while pregnant with him,” she says. “He would jump around in my belly during the lessons.”

Several studies indicate that infants remember sounds experienced in the last couple of months before birth.

Kirsty also had music on-hand for its calming effect when her babies were colicky. She used every opportunity to expose them to various styles of music and she sang, rather than yelled, instructions. Experts say you should sing simple, short songs in a high soft voice to your baby. Try making up one or two lines about bathing, dressing and eating. Get your toddler to dance to music regularly. Play songs with lots of repetition as this will stimulate their memorising ability. Buy them instruments, and when you’re playing music get them to reproduce the rhythm they hear.

Magdalene made a soothing playlist, mostly Mozart and Bach, which she has played to her son Jacob, nearly every day since his birth. “I bought him a pair of good children’s headphones so he can listen to the playlist when we are travelling,” she says. In the same way it has guided and calmed Magdalene in her own life, music has helped Jacob to become a relaxed and focused little boy.

Find out more about music lessons for older children.

How to Introduce Your Child to a New Sibling

Investing in your Child’s Future

New Baby on the Way? Be Prepared With These Must-Haves