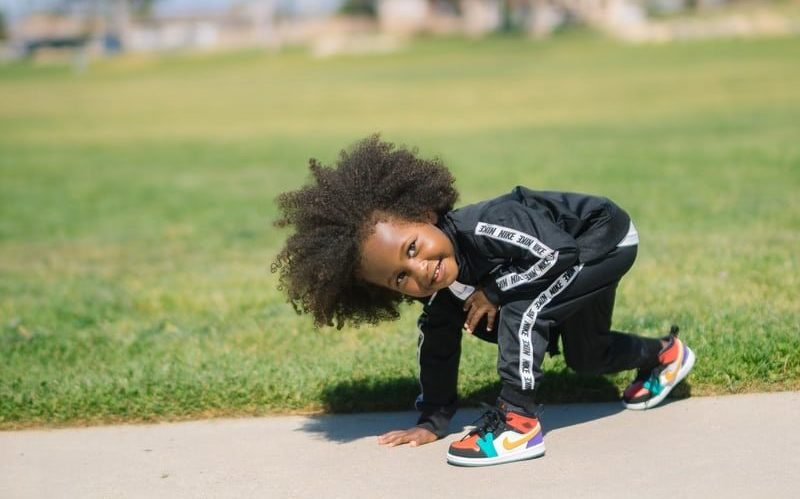 Gross motor movements involve large body movements – for example running, climbing, sitting and crawling.  It also means the child has control over actions, for example, sitting without slouching at a table or on the floor, or running without being clumsy.

As a pre-primary teacher, I’ve had many children in my classes who are undergoing one or another form of motor development therapy. I’ve noticed instant changes, such as the amount of confidence the child has gained and improvements in their co-ordination, muscle movements and t schoolwork or activities. However, teachers are aware that expert recommendations are often frowned upon and that parents are sometimes reluctant to  have their child assessed by a professional. But, parents should be helped to understand the advantages of both physiotherapy and occupational therapy, and how the two differ.

Signs that something may be wrong

Paediatric physiotherapist Lauren Mayer, who has extensive knowledge and experience in neuro-developmental therapy (NDT), identifies the following signs that might alert a parent that something is wrong:

Mayer encourages parents to observe if their child wriggles when watching TV or sitting, or if they are lying down to do puzzles on the floor?

I had a child in my class, Lilly*, who started with me at three and a half, about the average age of her peers. She started the year a confident, friendly, social child with many friends. Lilly enjoyed the indoor activities and some of the areas in the outside playground. She did, however, avoid climbing on the jungle gyms. When her friends were trying to master the monkey bars and fireman pole, she would stand at the bottom and watch. Lilly, when encouraged to join her friends, became anxious and would isolate herself from them. She was not able to play their games because her body was not strong enough and did not have the skills for climbing. Her avoidance of games and isolation showed a lack of confidence.

I recommended to her parents that she go for a physio assessment. She then started going for physio once a week, and the improvement was almost immediate. By the time she’d completed her third physio session, Lilly was climbing the jungle gyms. And, by her sixth week, she was already trying  the monkey bars. Six months later, she was a different, stronger, more confident and happier child who no longer needed physiotherapy.

Lilly had lower muscle tone, which refers to the state of muscle tension. Normal tone is that which is high enough to resist the effects of gravity in both posture and movement. When a child has lower muscle tone, it can affect them in many areas, such as postural control, fine motor control, speech, control over movements and co-ordination.

Louise Brewster, another physiotherapist with paediatric and NDT qualifications agrees. “Look out for the child who is very active and who comes across as being disruptive in the class. These children have no control over their speed of movements and so they seem out of control,” she says.

Mayer suggests that once recommended, it is important to take your child for an assessment immediately. Addressing the issue sooner, preferably before a child reaches Grade 1, rather than later is preferable.

Towards a more active life

With the added workload a child will face in primary school, parents should encourage children to go into Grade 1 equipped with the correct skills, tools and confidence necessary to flourish.

Mayer says: “It’s important for a parent to find a trained paediatric physiotherapist with NDT certification. You should ask your doctor or your child’s teacher for at least three recommended therapists.”

Get them off the couch

She encourages parents to help their children to become more active, to sit up straight, and to encourage them to dress themselves (even if only on a weekend if you have weekday time restraints), to take walks, go to swimming lessons and to limit TV and computer time.

Brewster says that parents do not seem to realise that therapy helps a child to reach their maximum potential. It also helps a child to have great quality of life as apposed to just functioning. She believes that when a child needs more than one form of therapy it is best to start with physio. This way, you get the muscular or postural problems ironed out first.

Sometimes one form of therapy is all a child needs. So, when a parent is told their child needs physio or occupational therapy (OT), it is best to have them assessed.

Candy Mervis, an occupational therapist with a special interest in sensory integration, helps us understand OT better. She explains the   difference between OT and physio. “With OT there are four main areas a therapist concentrates on. These are sensory integration, gross motor, fine motor and visual perceptual skills. Sensory integration is the way we organise and process information.  Sensory experiences include touch, movement, body awareness, sight, sound and the pull of gravity.

OT concentrates on various skills when addressing the gross and fine motor skills of the child,” Mervis explains.“Firstly, vestibular skills, which is a sense of movement and balance. Secondly, proprioception skills, which is the awareness of muscles and joints in space and awareness of our body position. And lastly, visual perceptual skills – how we understand and process information we see, such as colours, shapes and puzzles.”

Mervis encourages parents and teachers to be aware of children with behavioural difficulties, emotional problems and an inability to concentrate for specific amounts of time. Other things to be aware of are children who avoid messy activities, are constantly on the go and have poor endurance.

These are all problems an OT will help the child tackle in a comfortable environment. Mervis says: “Younger children love therapy. They see it as an extramural activity like ballet or soccer, something fun where work is disguised as play. The younger a child has issues tended to, the better. The rate of development when young is much quicker than when we are older,” explains Mervis.

Read more about the benefits of occupational therapy.

Get involved.  “The rate of improvement in a child with involved parents working with them at home is enormous,” Mervis says. “The long-term effects can be detrimental to a child’s schooling and life. They could confront learning difficulties in formal schooling, problems with reading, writing and spelling, and a possible further delay in development.”

Therapy generally lasts anywhere between six months to two years, depending on the severity of the individual case.

I encourage any parent to give their child an opportunity to feel good and confident about themselves and to help them reach their full potential. The gap we see between a child who does not need therapy and one who does is generally quite large. Once the child is undergoing physio or OT this gap usually narrows. And. once a child is dismissed from therapy, there is no longer a gap.

How to help at home

Encourage children to swim, climb jungle gyms, ride bikes, climb trees, to run, take long walks and to play games with balls or bean bags, to balance on low walls, to draw, paint, read, do puzzles and all the fun things we used to do as children before computers and 24-hour children’s TV channels became top priorities. An active child is a happy child.

When Your Child Needs Occupational Therapy

Sun Safety for All Skin Types

Is Your Bed Making You Sick?