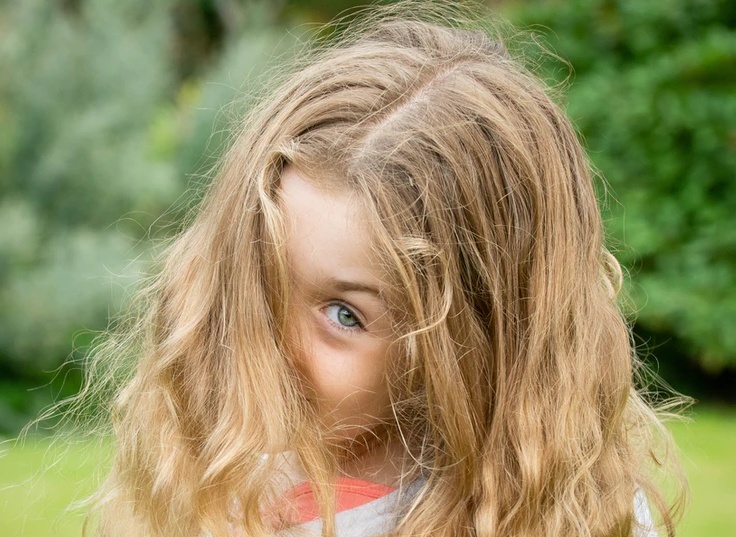 Children tell lies, and parents worry about them. But spinning tales is part of growing up so understanding why children lie is important.

When four-year-old Babalwa* was asked what had happened to her mother’s prized vase, now lying shattered on the tiles of their townhouse, she didn’t miss a beat. Looking her annoyed mom straight in the eyes, the little prevaricator said evenly: “It wasn’t me. The dog did do it.” And it might have been true, except for the glaring fact that they didn’t have a dog. Her mom needed an understanding of why children lie.

And when, at parents’ day a few days later, Babalwa’s teacher asked with great interest about Babalwa’s adopted Punjabi brother, about whom she knew a great deal, it came as something of a surprise to the only child’s parents. For mom Mpho*, it was disconcerting. “She told barefaced lies with the skill of an adult. I looked at her and didn’t know what to think: was there something wrong with her? With us?”
Another parent, Nicky*, has also asked these very questions.  Her  five-year-old, Jason*, is a little master of deception. “He’ll say straight-out that he’s already brushed his teeth. But anyone can see from the food stuck in them that he hasn’t even sniffed the toothbrush,” she says. “He says he’s tidied his toys away when I’ve just tripped over one. He claims that his dad said he could stay up longer when I know he didn’t. And, always, he says it as if he believes it and is mortified even to tears when I don’t buy it, as if he’s been wronged.”
Jason is quite the fabulist, too. “He’ll tell a long story about something that’s just impossible. For example, like how he swam the whole length of the Newlands pool underwater, oblivious to the blatant fact that he hugs the side in his armbands.”

Both Nicky and Mpho have a niggling suspicion that something is wrong with their children – that somehow they’re morally depraved and untrustworthy. They fear it’s the start of a serious future problem. But they, and other parents like them, don’t necessarily need to worry just yet, say the experts. A certain amount of lying is indeed ‘normal’ and can even be seen as a vital part of the child’s intellectual development.

What is useful, however, is to establish the underlying reasons for your child’s falsehoods. Pretoria-based clinical psychologist Brett Roothman explains: “Children lie for a variety of reasons. It is important to ascertain the motivation underlying the behaviour. A child might lie as a means to test the boundaries within the parent-child relationship. Also, lies might be exaggerations, in the form of bragging. Sometimes lying may reflect a rich fantasy life and children aged four to five will often embellish tales or include fanciful additions to their verbal communication. Children may lie as a means of avoiding an unpleasant consequence. Lies can be a means of wish fulfilment or meeting social norms such as not hurting another’s feelings. Younger children might lie to avoid disappointing their parents. Pre-adolescents may lie  to retain a sense of privacy or to feel that they have something, such as a secret, that is theirs alone.”

Difficulty distinguishing between fantasy and reality

What’s also important is the age of the child, as well as the circumstances under which they tell their fabrications, says Cape Town-based online psychologist Michele Carelse. “Remember that the younger the child, the richer the fantasy world he or she lives in,” says Michele. “Younger children do not distinguish as easily between fantasy and reality as adults or older children do. During pre-school years, children may often make up stories about themselves or their friends and these should not be seen as lies. At this age, children have also not yet internalised a sense of right and wrong, but rather choose their actions and responses according to what they would like them to be or what seems to be most expedient in the moment. Pre-schoolers who deny wrongdoing in the face of evidence to the contrary, for example, are really engaging in wishful thinking (‘I wish I hadn’t broken the glass’) or self-protection (avoiding punishment).”

Both Roothman and Carelse agree that parents need to handle these moments with care. This requires a real understanding of why children lie.

Repetitive or extreme lying can, however, signify a very real problem, which may require outside help. “Repeated lying or a pattern of chronic lying without an identifiable underlying motivation (such as the avoidance of negative consequences) is cause for concern and it may be beneficial to consult with a psychologist trained and experienced in working with children,” explains Roothman. In these situations the pattern of lying can indicate “low self-esteem, difficulty in meeting parental or academic expectations the child believes to exist, or inadequate internalisation of appropriate norms regarding right and wrong”.

“Children who feel neglected, for example, may tell stories to draw attention to themselves,” adds Carelse. “Some children who are finding it difficult to adjust to the birth of a new sibling may also tell stories to try to get parental attention away from the new baby and may even tell other people that the baby has died or has done naughty things,” she elaborates. “Frequent lying, especially when it is accompanied by other antisocial behaviour, is always an indication that the child has a problem that requires professional investigation.”

But mostly, it seems, parents of little liars should relax. Rather than seeing their truth-twisters as diabolical, they’d do well to consider the work going on in those developing brains, and even to wonder at their precocious creativity and work to channel it into different directions.
Understanding why children lie helps one keep a sense of perspective. “Stating that Daddy has the fastest car in the world may not, in the strictest sense, be truthful. However, that doesn’t mean that the child is lying,” observes Roothman.

* Names have been changed.

Other ways to deal with the issue

If your child keeps lying about everything and these steps don’t work, seek the help of a trained psychologist. According to Canadian psychologist Dr Timothy Quek, lying can be an indicator of a more severe problem. “Compulsive lying has often been indicated in the early stages of children suffering from social behaviour disorders, primarily that of Attention Deficit Hyperactive Disorder and Conduct Disorder,” he says. “In such cases, compulsive lying usually accompanies other problem behaviours such as stealing, cheating, aggression, violent temper tantrums, skipping school, constantly losing items, and poor behaviour in groups, social settings or with authority figures. Problems such as impulsivity, an apparent inability to link consequences with behaviour, inattentiveness and discomfort with social situations may be at the heart of lying.”

Also read: Why children have imaginary friends and how to handle them.

WHEN IS WEIRD BEHAVIOUR THE NORM