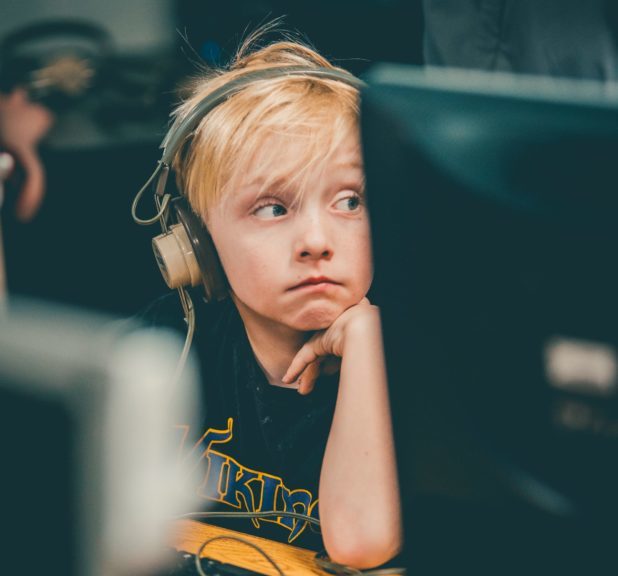 Most classes have at least one child whose behaviour causes problems, yet we can learn to interact more positively.

Stephen Renson* was disruptive – had been since Grade 1. He was bothersome, like a fly. If he didn’t launch himself at you, then somehow he’d always be in your peripheral vision, jumping up from his seat or calling out when we were supposed to be focussing quietly on a task.
His teachers tried to change his behaviour with excessive punishment and detentions. We children responded with acts of cruelty. We gave him nicknames that stuck till the day he died – when he was in Standard 5. He hung himself one afternoon after school. That was over thirty years ago.

If Stephen were a preschooler today, he would not simply be labelled a disobedient child. His behaviour would be indicative of deeper issues and would probably be treated with a combination of occupational therapy, medication and possibly physiotherapy. But while the current educators have a far more enlightened approach to treating behavioural problems, children are still as cruel now as they were 30 years ago. They seem to have a built-in knack for adding misery to an already painful situation.
Luanne Sims* was horrified when her five-year-old son, Jethro*, came home and said, ‘I don’t want to play with Jamie* because he’s brain-damaged.’
She’d noticed that Jamie was different, but Jethro had never heard the term ‘brain-damaged’ at home, Luanne says. ‘It made me wonder what the parents of his friends were saying to their children.’
Luanne mentioned the incident to the teacher who explained that Jamie has Asperger’s Syndrome, which is on the Autistic Spectrum. While these children are usually very intelligent and can often cope academically in a mainstream situation, their social skills are poor and they behave oddly.

Learning the lesson of empathy

Cape Town psychologist Pandora Neser believes it’s healthy for children to learn to accommodate people who are different to them – that’s what the real world is about.
She has encouraged empathy in her own child by insisting on a once-a-term playdate with a very demanding little classmate who had no friends because of her behavioural problems. Neser’s child understood that for those few hours, she and her mom had a responsibility to ensure that her playmate had a good time.
This is a noble idea in theory, but what if your child resists? And should children be able to choose their own friends?
‘There’s no doubt that you should encourage independence and allow your child to choose his or her own friends,’ says Neser, but she adds that it’s perfectly fine, from time to time, for a parent to make the call and say, ‘I know it’s hard for you to be her friend, but it’s also hard for that child to be herself.’
Neser’s advice to parents if children resist is to ‘pass on your own insight to your child, since with insight comes flexibility’.

Often parents who don’t know the truth about a so-called ‘different’ child will openly engage in car park chitchat and discuss the child’s problems. This is nothing short of malicious gossip.
‘Ignorant parents act with an insensitivity that is as cruel, if not crueler, than that of the children,’ confirms playschool owner Jennifer Roche*. ‘I’m regularly appalled at how some parents badger me for details on other children in the class, and say things like, “But shouldn’t Patrick be doing this by now?” or “Shouldn’t Sam have stopped wetting herself by this age?” It’s almost as if they’re trying to make themselves feel better at the expense of another child’s developmental lags or problems,’ Roche says.
The last thing parents of disruptive children need is gossips to rub their noses in it.

Parents in the dark

The parent of a disruptive child might not be aware that there’s a problem. Brenda Lennox* discovered halfway through the school year that her six-year-old son, Max*, was not getting invited to birthday parties. He would come home and weep.
After a few such incidents, she approached the teacher and discovered that the other children and their mothers didn’t want her child at parties since he always seemed to get over-excited and someone else invariably got hurt or upset.
The teacher referred Brenda to an OT who taught her how to calm Max down before and during a party, and she suggested playmates with two or three friends at a time during which Brenda could monitor his behaviour.

When to take action

But when a friendship with a behaviourally challenged child, or any child for that matter, gets nasty, it’s not always easy to be empathic.
It might be better to trust your parental instincts and get your child as far away from the aggressor as you can – insisting the children be split up in class and stopping playdates. But don’t avoid speaking to the mother of the other child – sooner rather than later.
‘When you do have to approach the other child’s mother, ask for advice rather than attacking or criticising,’ says Neser. She suggests opening the discussion with a statements like, ‘I’ve noticed that Jack is upset quite often and I would hate to think that my child has any part in that.’ Neser explains that this tactic opens doors rather than shuts them.
If, however, you are the mom on the receiving end of a complaint about your child’s behaviour, ask the other mom not to label your child by saying that he or she is a bully or a bad influence. Ask her to explain what your child has done to upset her child. Once you have all the information, you can deal with almost any situation.
* Names have been changed in the interests of privacy

Wear it your way

It Takes a Village

Sibling Rivalry: Not All Fun and Games