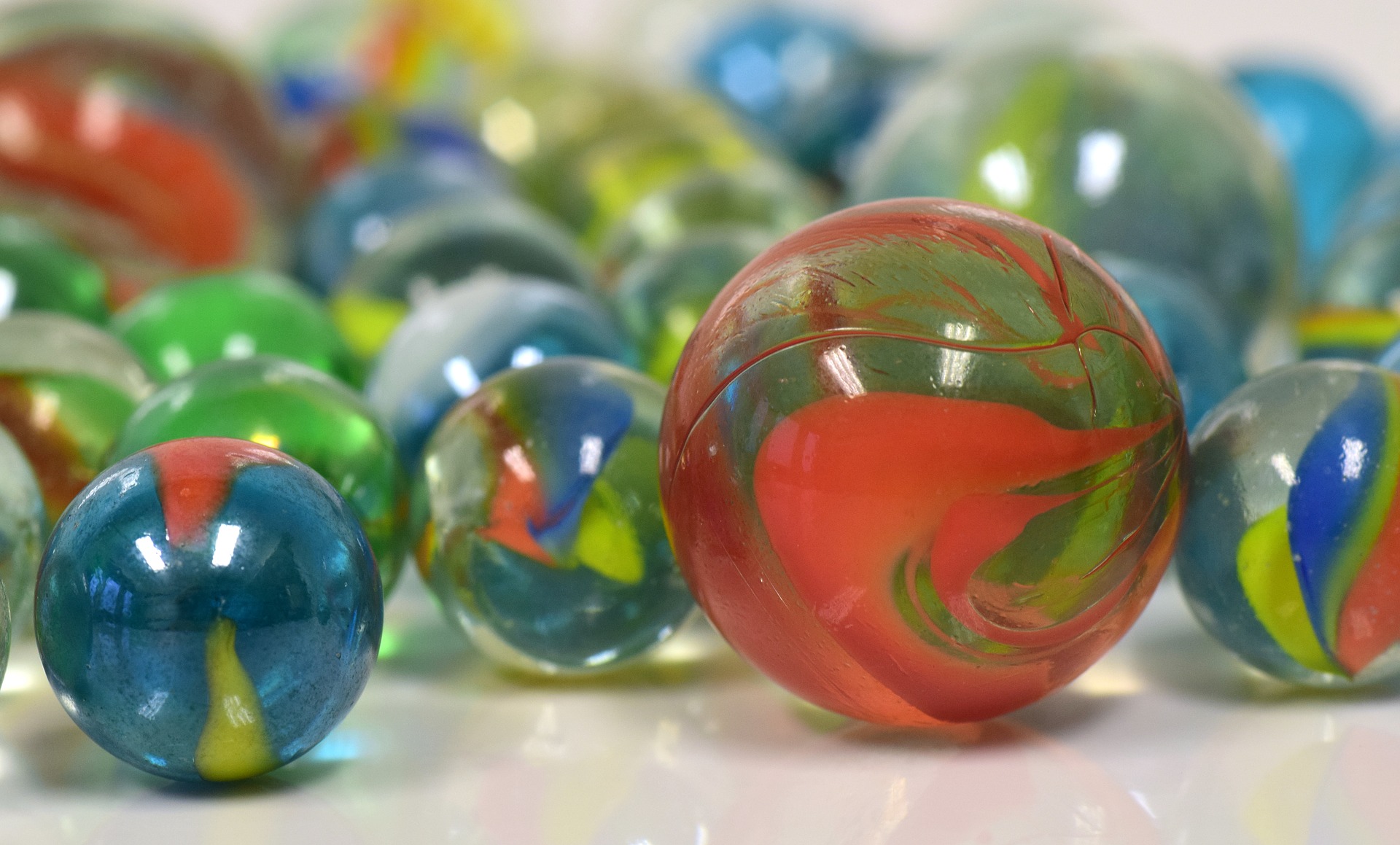 The first day of school is a milestone to which most parents look forward with great anticipation. It’s marked with shiny new shoes, freshly sharpened pencils, funky stationery and, in most cases, a spiffy new uniform that your child still has to grow into just like he or she will need to adapt to formal schooling. According to a recent poll that interviewed 2 000 parents in the UK, parents of schoolchildren found that while parenthood is crammed full of millions of joyful moments, taking your son or daughter to school for the first time was the most memorable and emotional.

But for some parents, the emotion and trepidation associated with starting formal education has less to do with the inevitable growing up and letting go, and more to do with an urgent concern about whether the child’s school will recognise and fully respond to his or her individual needs (particularly if the child has learning difficulties, disabilities or other special needs) in order to see that child realise his or her full potential.

“The mommy warrior in me has been stirred,” says Chris, a Child magazine reader and mom to a boy who is entering Gr 1 next year, but “falls between the cracks of mainstream and special needs.” Like many other parents, Chris is frustrated because the public school that is best able to accommodate her son’s needs rejected their application and there aren’t many alternatives once you start to factor in school zoning policies and the complicated application process, which seems a little “dubious” and “doubtfully transparent”, according to a Durban mom in the same position.

In April 2016, the Gauteng Education Department launched its online admissions website and it even got its own Twitter hashtag, #Admissions2017. “The province has phased out the manual admission process to make way for a modernised online process, which is more convenient and easily accessible,” said Panyaza Lesufi, Gauteng MEC of education, at the launch. You can apply on a desktop computer or smartphone and the department said it would announce centres where those without access to internet and/or a computer would be able to use the site.

But Judith, a mom of twin boys, has already hit a snag when trying to enroll her sons for next year. “Due to an administrative glitch, my boys’ application to our school of choice has been declined. Options two and three, which the system spits out if option one is not successful, are just not realistic options for us in terms of lack of funding for the schools, lack of suitable sports equipment and sports facilities, lack of diversity and the list goes on. As a result, I am considering home schooling my boys, and I believe there will be a number of families making the same decision if they cannot afford a private school but understand the need for quality education for their children.”

While admission and admission requirements remain a contentious issue for every parent, the moms and dads of children who have special needs and learn differently also demand to be seen and heard. “My son doesn’t learn the way teachers teach, but I want to believe in an integrated approach,” comments *Lesedi, whose son is in Gr 5. “I don’t want my boy thinking he isn’t smart enough for a mainstream school, but I am concerned that he is being lost in a mainstream environment that primarily caters to those that fit in and keep up, and seems burdened by learners who don’t fit the mould.”

Not spoilt for choice

According to todaysparent.com, its not surprising that a lot of teachers begrudge being assigned children with special needs, because they know they don’t have the resources to support them properly. Ironically, this results in the opposite of what integration is supposed to achieve. Instead of making children with special needs feel included, they feel unwelcome and instead of non-disabled children learning compassion, they end up afraid or disdainful of disabled children.

Many parents have discovered that school choices narrow considerably when the line between mainstream and special needs becomes hard to define since the child doesn’t fall definitively in either camp, and countless moms and dads are equally outraged by the exhorbitant costs of special education and private schools. “While the fancy schools are expensive and out of reach for most average parents, many of the special needs public schools haven’t been upgraded for years and seem run down. Those schools don’t fill me with confidence that my child will get the best education and won’t make my child proud, which could affect his performance,” adds *Justin, a single dad who feels burdened by the financial implications of a special needs son. Basic Education Minister Angie Motshekga says her department is firmly in support of inclusion and is making every effort to improve support services and the way the curriculum is delivered in public, special and ordinary schools.

Speaking at a Ministerial Roundtable on Disability last year, the minister said ‘the Department of Basic Education is committed to ensuring that all learners with disabilities are able to access a special or full service school, which offers the programme of support that they require, preferably in their neighbourhood. We would like to see all schools becoming more responsive to learner needs by influencing the change of attitudes of their school community that may still be predisposed to prejudice.”

It’s heartening that amid the heightened emotions surrounding the discussion there is good news and positive angles. Emeritus Professor Roy McConkey of the University of Ulster in Northern Ireland, who also attended, said South Africa is one of the leading countries in the provision of inclusive education in the world, and definitely in Africa. In South Africa, the 2001 Education White Paper 6, Special Needs Education: Building an Inclusive and Training System, allocated a 20-year developmental perspective on building an inclusive education and training system that will address barriers to learning and recognise and accommodate a diverse range of learning needs, reported the Mail & Guardian, but Dr Tsediso Michael Makoelle of the University of Johannesburg believes one of the barriers to inclusion is that it is often misconstrued as being another form of “special education” that is reserved solely for disabled learners.

“It’s often teachers who distort what inclusive pedagogy means who themselves are barriers to inclusion. Some teachers think it’s time-consuming, it can’t be done, and that it’s only for specialist teachers in special schools… if teachers change their beliefs and conceptions about it being possible and understand that no one is disabled but instead all persons are abled differently, it can be done.”

But changing teachers’ attitudes is only one step towards effective inclusion and a system of education that supports every learner. Jean Fourie of the University of Johannesburg makes a strong case for also building “trusting partnerships between teachers and caregivers or parents in the support of all facets of a pupil’s needs.” These partnerships bring untold benefits to schools, such as improved learner behaviour, better attendance, improved academic performance and a close collaboration between schools and pupils’ home settings, which allow for the optimising of learning, adds Barbara Dale-Jones, chief executive officer of the Bridge education network.

In addition, South African schools are not yet fully equipped with resources and facilities required to meet the needs of inclusion and the trend is still to refer parents to more specialised environments to meet the learner’s best interests in providing learning support, therapeutic interventions and general learner support that cannot always be provided within the mainstream school environment. Despite the reservations some parents have about government special education schools, these schools are subsidised (more so than within the mainstream school environment) and it’s evident that the school fees at mainstream schools may not be sufficient to provide the facilities and resources that would be required for a special needs learner.

According to a study conducted by Jace Pillay, Vice-Dean of the Faculty of Education at the University of Johannesburg and Professor in the Department of Educational Psychology, and Marisa Di Terlizzi, educational psycologist at St Stithians Girls’ College, there is a distinct advantage to having available practioners on site, such as speech therapists, occupational therapists and psychologists, to meet learners’ needs as part of the school fee structure without the pressure for parents to transport learners to and from therapy in the afternoons when many parents are at work.

While inclusive education is clearly still a work in progress, when the system works and all the players are pulling together, there is a positive story to tell. Verity is a widowed mother of five, and her youngest, Rebecca is eight years old and has high-functioning Down’s syndrome.

“I have schooled Rebecca at two different preschools, both mainstream not special needs, and I finally enrolled her in Gr 1 at Johannesburg Girls Preparatory School, an inner city traditional school with a history in education. She has fitted in very well and is thriving in a good academic environment nurtured by the school. I am very happy with my choice of school so far and also pleased that I could take full advantage of the Government Inclusion Policy as a special needs parent. Johannesburg Girls is providing the perfect environment for Rebecca’s academic and social development.”

A site to see: included.org.za – Inclusive Education South Africa is a registered non-profit organisation. It has promoted and supported inclusive education practices in South Africa since 1995. Their primary aim is to promote and support the development of more inclusive practices in ordinary pre-schools and schools and to foster increased support of children with learning difficulties, disabilities or other special needs. The site has valuable resources and information for parents and educators.